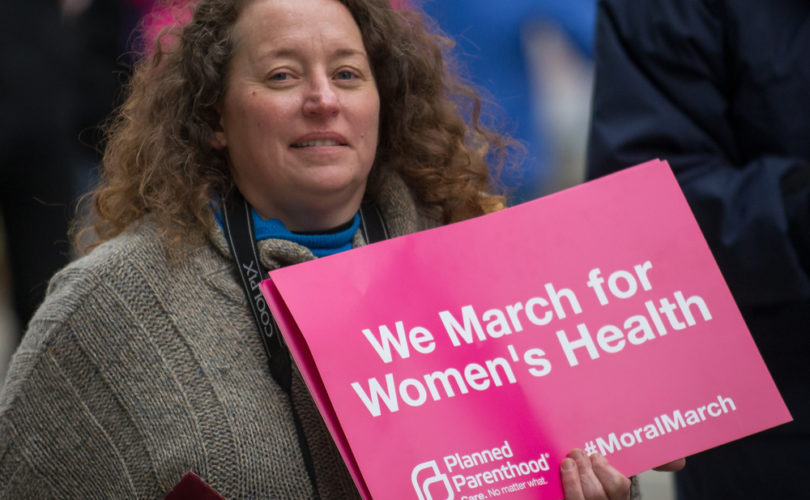 "Women's health"? I do not think those words mean what you think they mean.

“Common language” sounds nice, but when you actually look at the differences behind that language, you see it just isn’t possible. Here are eight reasons why finding a “common language” with pro-aborts is impossible:

Maybe it’s time to worry less about delivering watered down messages and speak truth in love without compromise.

When an abortion supporter says, “I want women to have control over their bodies,” that is a rallying cry for abortion. They mean that women should be able to control and kill the separate human being in their body. They mean that they want women to hate their fertility, to see it as enslavement, and in response to that, to “fix” their unbroken fertility with pills and other invasive methods of birth control.

When an abortion supporter says, “I want women to be safe,” they mean that they want women to have unlimited access to abortion services without any additional barriers…even if those barriers are there to protect women.

4. When I say, “I want women to choose what’s best for them,” I mean that I want women to make choices that don’t involving harming themselves or killing another human being. I want women to know that there are other choices besides abortion…choices they can live with and have no regret.

6. When I say, “I stand for equal rights,” I mean equal rights for all persons…from the moment of conception until natural death. I mean that I believe in the equal human dignity of all persons, no matter the “contribution” they make to society.

When an abortion supporter says, “I stand for equal rights,” they mean that they only stand for the rights of those who are contributors to society. They are quick to marginalize the most vulnerable among us: the unborn, the elderly and the differently-abled.

When an abortion supporter says, “I am for choice,” they really only mean the choice of abortion. Period.

When an abortion supporter says, “I want women to feel empowered,” they mean that women are too weak to be moms and complete their education. They mean that you have to choose between being a mom and having a successful career. They mean that they actually have no idea what empowerment really is.

How do we convert people? How do we help them see that the meaning behind our language is totally different?

Well, we just speak charitable truth. We love people. And sometimes that truth and love offends. We have to be okay with that.

I say it’s time to stop apologizing for delivering our message of truth. I will never be sorry for speaking the truth in love.