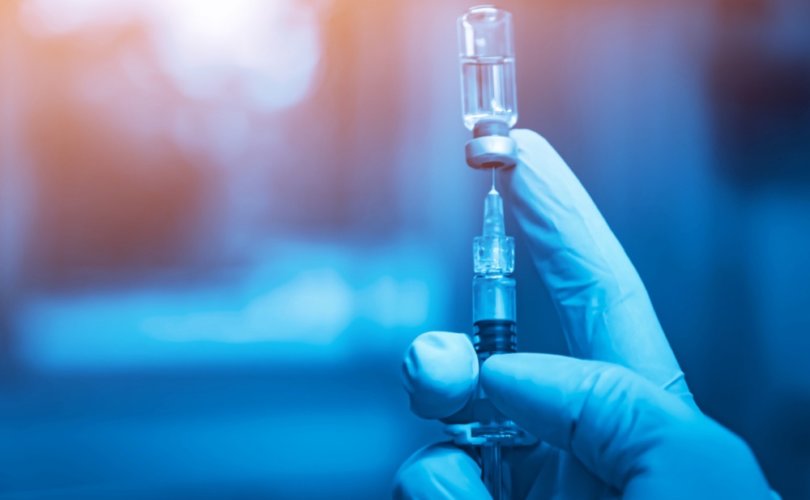 August 17, 2020 (LifeSiteNews) — An 82-year-old Canadian woman is going to court to stop her husband of 48 years from being euthanized, arguing that he is not eligible to be lethally injected under the country’s current law.

The Ontario-based Euthanasia Prevention Coalition (EPC), which is financing the unprecedented case, sent out an urgent appeal for funds August 14 after a judge rejected the wife’s request for an injunction to stop her husband’s euthanasia death, originally scheduled for August 3.

Her lawyer, Hugh Scher, immediately requested a stay of the decision to seek leave to appeal.

The request to appeal will be heard August 26, and until that time, the man’s killing cannot legally go ahead, EPC executive director Alex Schadenberg told LifeSiteNews.

Schadenberg reported the case on his blog but is not giving details at this time to protect the family’s privacy.

He said the woman called him a few weeks ago for help. She had gone along with her husband’s application for euthanasia because she was certain he would be turned down, Schadenberg said.

Her husband, an 83-year-old retired university professor, has chronic obstructive pulmonary disease (COPD) and a few other health concerns typical for a man his age, but he is not seriously ill or dying.

Moreover, according to the affidavit of a doctor filed in court on behalf of the wife, the husband has suffered from hypochondria for years and has “delusional” beliefs that he has medical conditions and health issues he does not have, Schadenberg said.

To the woman's shock and dismay, her husband was approved in July on his second assessment for euthanasia, after first being turned down in April.

Bill C-14 defines a “grievous and irremediable medical condition” as a serious and incurable illness or disability that results in an advanced state of irreversible decline in capability and causes intolerable physical or psychological suffering, and that natural death is “reasonably foreseeable.”

The wife told the nurse in charge of the provincial health authority that processes Medical Assistance in Dying (MAiD) requests, and arranges for the euthanasia, that she will sue the ministry and those involved if her husband is lethally injected.

She then contacted EPC, which arranged for Scher to represent her in court, Schadenberg said.

Scher filed for an injunction July 31 and based the request on a recent assessment by a local doctor, an affidavit from another doctor who had known her husband for many years, and the wife’s affidavit, Schadenberg told LifeSiteNews.

These affidavits agreed that her husband is not seriously ill and that his claims of having many medical conditions and health issues are not based in fact.

The case, which was heard August 7, is the first of its kind, Schadenberg said.

“No one has tried to get an injunction challenging a euthanasia, or MAiD, assessment. Canada’s current law provides no mechanism for challenging errors in assessments or euthanasia approvals,” he said.

The nurse who processes provincial euthanasia requests has also advised the husband to contact Dying with Dignity, he said.

The tragic case comes as Parliament is scheduled to debate in September the Liberal government’s new euthanasia law, Bill C-7, which critics warn will give Canada the most permissive “euthanasia regime” in the world.

Neither the federal nor the Quebec government challenged Baudouin’s decision, although she has since extended her deadline to December 18 because of the coronavirus crisis.

Bill C-7 dispenses with the terminal illness requirement and, among other things, “permits a doctor or nurse practitioner to lethally inject a person who is incapable of consenting, if that person was previously approved for assisted death,” Schadenberg said.

Those wishing to help cover EPC’s costs for the wife’s court challenge to stop her husband’s euthanasia death can donate here, or call the EPC office at 1-877-439-3348.