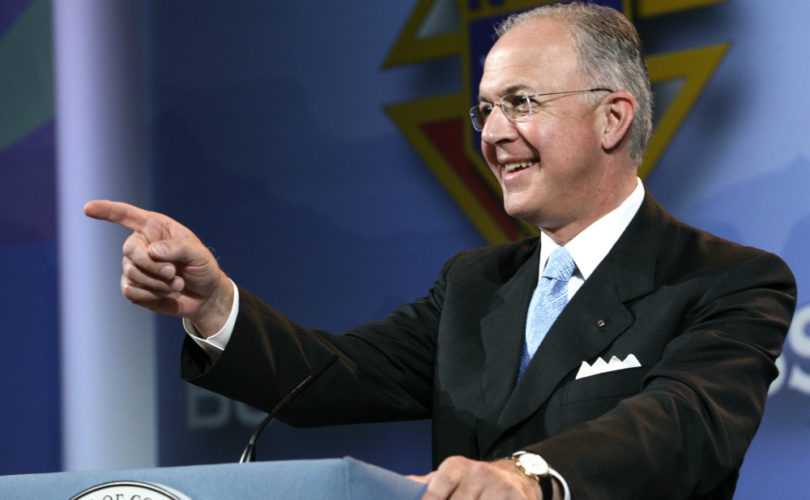 A new poll commissioned by the Knights of Columbus has found that the vast majority of Americans are still very uncomfortable with abortion, with support for abortion restrictions among both “pro-life” and “pro-choice” supporters.

Eighty-four percent of Americans want significant restrictions on abortion, and would limit it to, at most, the first three months of pregnancy. This includes almost 7 in 10 (69 percent) who identify themselves as “pro-choice.”

The same percentage (84 percent) also says that laws can protect both the well-being of a woman and the life of the unborn.

In addition, by more than 20 points (60 percent to 38 percent), Americans say abortion is morally wrong.

“Four decades after Roe v. Wade, the American people remain unhappy with its legacy,” said Knights of Columbus CEO Carl Anderson. “The survey makes clear that the American people understand that abortion is far too common, and causes great harm. And even those who consider themselves ‘pro-choice’ want it reduced significantly. It is time that our lawmakers respond to this public consensus with appropriate legislation.”

Other key findings of the survey include:

In light of the ongoing controversy over the HHS contraception, sterilization, and abortifacient mandate, it is notable that 70 percent of Americans also support religious liberty rights when religious values conflict with the law.

The survey of 2,079 adults was conducted Jan. 7 through Jan. 13, 2015, by the Marist Poll and sponsored by the Knights of Columbus. Adults 18 years of age and older residing in the continental United States were interviewed by telephone using live interviewers. Results are statistically significant within ±2.1 percentage points. The error margin increases for cross-tabulations.

For more details about the survey results and methodology visit https://www.kofc.org/polls.