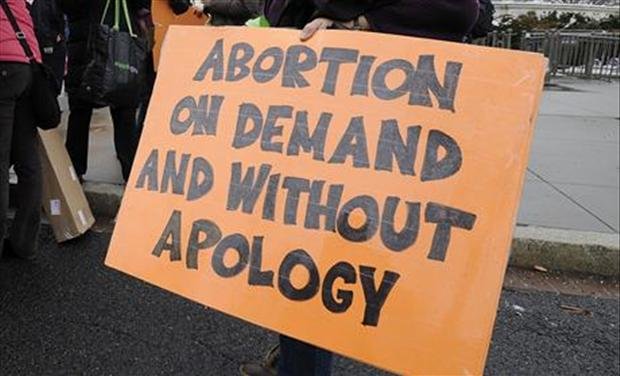 (LifeSiteNews) — A recent survey conducted by the Republican National Committee (RNC) revealed that 85% of American voters reject the abortion policies imposed upon the nation by the Roe vs. Wade decision.

The 1973 U.S. Supreme Court ruling decriminalized the direct killing of preborn girls and boys in the womb for any reason up until the moment of birth. As a matter of policy, the Democratic Party has zealously promoted the legislative codifying of this same position as was evidenced by a recent attempt to pass the so-called Women’s Health Protection Act (WHPA) in the U.S. Senate, with 49 of its 50 seated members voting in favor of the bill.

Yet the RNC poll found that only 15% of American voters agree with the Democrats on this agenda of demanding legal abortion throughout all nine months of pregnancy without any restrictions.

“When voters are engaged in the abortion debate and are asked about specific abortion policies, they reject Democrats’ extreme stances,” the RNC release explained. “In fact, when describing their own position on the issue of abortion, 85% of voters support abortion limits.”

Even of those who self-identify as “pro-choice,” the poll found that only 27% agree with the Democrat position of unrestricted abortion.

And if a couple has been approved to adopt a child endangered by abortion, only 43% of voters believe it should be legal to kill that child during pregnancy.

Though a majority of Americans say they support maintaining of Roe vs. Wade, a recent Fox News poll also affirmed that majorities support restrictions to abortion, which are explicitly banned by the Supreme Court decision. This includes 54% of voters supporting state laws banning abortion after 15 weeks, and even 50% supporting a ban at six weeks.

With the expected overturning of Roe vs. Wade coming soon, abortion policy will be returned to the authority legislative bodies in states across the nation. According to a recent Rasmussen survey, this anticipated change would be welcome to 65% of Americans who want laws on abortion decided by voters and their elected representatives, with only 18% wanting them decided by the courts.

While American citizens and politicians continue to debate when it should be permissible to kill a child in the womb, from the first century the Catholic Church has always affirmed “the moral evil of every procured abortion” calling it “gravely contrary to the moral law” and an “abominable crime.”

Further, the Church stipulates, “As a consequence of the respect and protection which must be ensured for the unborn child from the moment of conception, the law must provide appropriate penal sanctions for every deliberate violation of the child’s rights.”