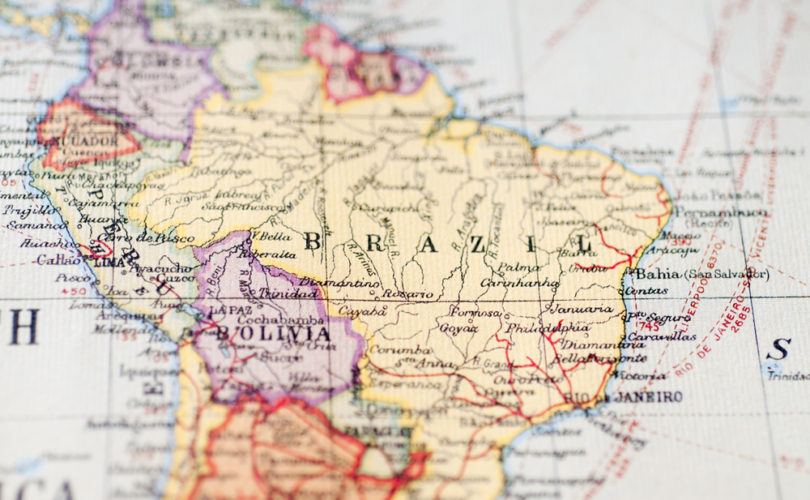 That law is “currently not being properly enforced by the U.S. Department of State, which continues to fund organs of the Organization of American States (OAS), such as IACHR and CIM, while they aggressively lobby pro-life sovereign nations to legalize abortion.”

The OAS is a diplomatic organization, funded by the U.S. government, where the 35 independent nations of North and South America discuss regional concerns and security.

“Time and again,” the letter states, IACHR and CIM have lobbied for legalizing abortion “in a region where a great majority of the member states have chosen to protect the right to life in their constitutions and laws.” This is “especially egregious,” the letter says, because the American Convention on Human Rights, the region's primary human rights treaty, “recognizes that ‘[every] person has the right to have his life respected…from the moment of conception.’”

“I am proud to fight for the precious lives of the most vulnerable among us,” signatory Sen. James Inhofe, R-OK, told LifeSiteNews via email. He noted pro-life progress made under the Trump administration, but said there is “more to be done.”

“We have made progress, like our work with President Trump and his administration…reinstating the Mexico City policy, overturning an Obama-era rule that required states to fund Planned Parenthood and expanding the right of health care workers who decline to participate in abortion services, but there is more to be done. I believe that the right to life of each human being – especially the unborn – is to be preserved and protected.”

The letter identifies a litany of pro-abortion activities taken by the two international bodies. The IACHR supported legalizing abortion in Argentina, Chile, and El Salvador, for example. Also, an OAS press release noted that IACHR welcomed Chile's law decriminalizing abortion, while the body also urged El Salvador to do the same.

The IACHR Commissioner visited Argentina during its national legislative debate over abortion, saying, “women have the right to autonomy to decide how they use their bodies, and the state has to ensure those rights.” In the case of CIM, the letter said that it “routinely misrepresents the Inter-American Convention on the Prevention, Punishment, and Eradication against Women by asserting that the agreement created a ‘right’ to abortion and ‘sexual and reproductive rights.’”

An October press release from IACHR claimed that “laws criminalizing abortion…have a negative impact on women’s dignity and their rights to life, to personal integrity, and to health, and…live free from violence and discrimination. IACHR Special Rapporteur Soled García Muñoz stated that girls and women should be guaranteed abortion…to protect their health, their physical integrity, and even their life.”

The senators’ December letter asserted that nations have the right to live “according to their own values.”

“No right is more central to the self-determination of a nation than the right to life,” they wrote, while pointing out that the Siljander amendment recognizes that principle. The senators called on Sec. Pompeo to stop the taxpayer funding of IACHR and CIM. The denial of funding, it said, should remain until they comply with the Siljander Amendment.