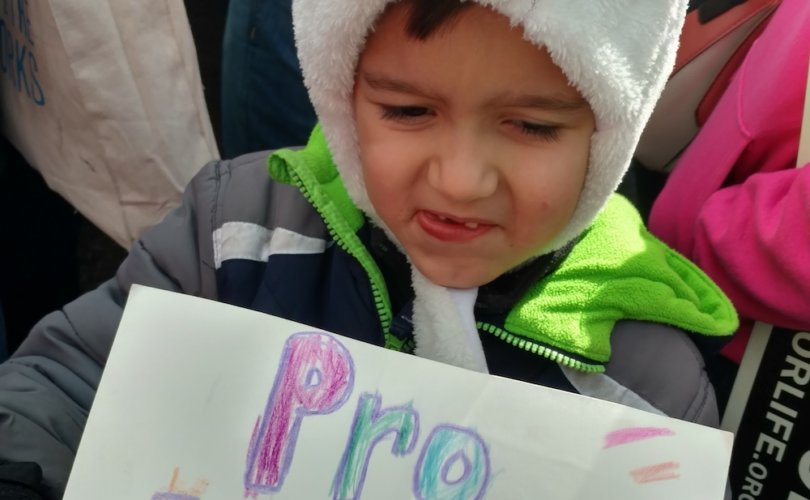 April 15, 2019 (LifeSiteNews) – A young New York Catholic boy’s concern after Gov. Andrew Cuomo signed one of the most radical abortion bill in the United States led him to initiate a project asking for prayers for Cuomo’s conversion that is attracting attention.

Nine-year-old Jack, with the help of his father Thomas, launched ConvertCuomo.com on April 10. Jack has a video message on the website explaining why he created it, and people can pledge to pray and fast for Cuomo.

Jack, who resides in the Archdiocese of New York with his parents and four siblings, has started to receive media inquiries about his idea, including from EWTN.

He gave LifeSiteNews some rather profound insight about the project.

Jack initially had the idea to create a “Convert Cuomo Box” – a physical box to be placed in the back of churches asking for prayers intending for them to be sent to Cardinal Timothy Dolan, New York’s archbishop, to then be given to Cuomo.

In the process, Jack wrote a letter about his idea to the Franciscan Friars of the Renewal, and the religious community suggested that a website would make it easier and more effective to receive prayers for Cuomo’s conversion.

Jack’s letter to the Friars is available to view via the site as well.

One hundred-fifty-plus people have made commitments to pray for Cuomo's conversion in the first five days since the website’s launch.

The Respect Life Offices for the Diocese of Albany and the Archdiocese of New York, as well as the Archdiocese of New York Public Policy Office and the New York State Catholic Conference, have all shared it on their respective Facebook pages, driving the bulk of the initial traffic to date. Human Life Action (National Committee for a Human Life Amendment – NCHLA) has shared the site via Twitter too.

New York passed the so-called Reproductive Health Act this year on the Roe v. Wade anniversary of January 22, enshrining abortion as a “fundamental right” in state law, allowing non-doctors to perform abortion, and eliminating pro-life protections for unborn children until their birth.

The law, considered the most radical abortion expansion in the nation, is the first in a wave of attempts to codify abortion in state law should the Supreme Court reverse Roe in a future decision. New York legislators celebrated in the statehouse chambers when Cuomo signed the law.

Cuomo, a Catholic, championed the law and ordered the One World Trade Center spire to be lit in pink to mark the law’s passage. Many Catholics and others have called for excommunication for Cuomo, a longtime fervent abortion supporter, or question why he at least does not face some canonical penalty.

Adult pro-lifers weren’t the only ones repulsed by the law, which Cuomo had promised to sign.

“My mom and dad told me that he passed this bill and other things and it made me really upset,” Jack told LifeSiteNews. “So I wanted to think of something to do to stop abortion.”

His father, Thomas, had built several non-professional websites before, but nothing that has ever received this much attention.

Jack was the driving force for the website’s creation, his dad told LifeSiteNews. “I can’t tell you how many times he ‘reminded me’ that I needed to build it.”

Thomas said he is proud of his son for having such a passion to want to defend and protect innocent life.

“He has also reminded me that we must pray for our enemies,” he remarked.

Jack and siblings Mia, Charlie, Max and Tommy listen with the family to the prayer intentions for Cuomo’s conversion each night at dinner and pray Psalm 68, which Jack believes is particularly effective among all his prayers.

“I pray two Our Fathers for Governor Cuomo every day,” he told LifeSiteNews, “sometimes three.”

“I really like the Holy Face chaplet, which is a type of prayer that is a really, really, really strong one,” continued Jack. “While you are praying that chaplet there is a Psalm that the Devil hates the most. It is “arise, O Lord, let your enemies be scattered let those who hate you flee before your face.”