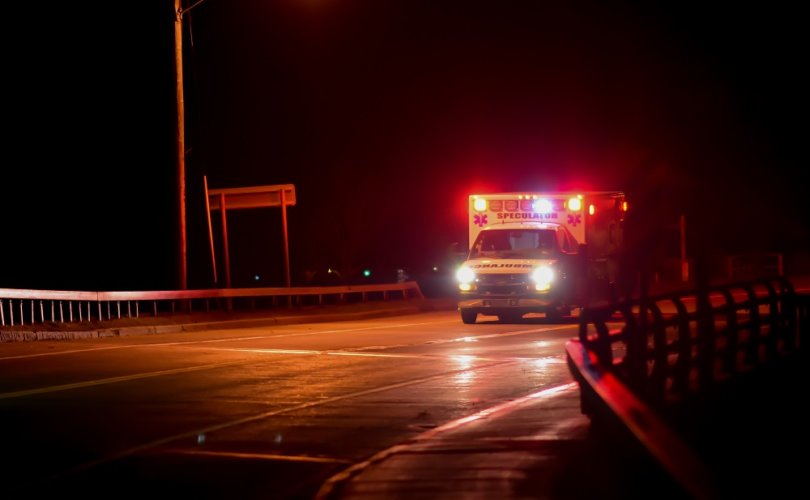 August 16, 2019 (Operation Rescue) — It was December 24, 2018. While other families were excitedly making final preparations for Christmas celebrations, one family had much sadder plans.

Even though it was Christmas Eve, a mom and dad escorted their minor daughter to the Planned Parenthood abortion facility in Aurora, Illinois.

Once the girl was taken behind closed doors inside the clinic, the parents were left behind in the waiting room and in the dark about what was happening with their daughter.

That's when the drama began.

According to 911 records provided to Operation Rescue by the Pro-Life Action League, a Planned Parenthood worker phoned 911 to request an ambulance for the girl, who was expressing “suicidal tendencies.” Planned Parenthood wanted the girl transported to a hospital.

The redacted recording of the 911 call revealed something that is every parent's nightmare.

911: Are her parents there, too? [Indicating the girl was underage.]

PP: Yes, but, um — they're, um — We are not disclosing anything to her parents.

After getting contact information from the caller, the dispatcher asked for more information about the patient.

PP: No, I'm not allowed to give that information over the phone.

911: Okay, well you're calling 911 so the officers and the paramedics need to know what they're walking into.

At that point, the dispatcher and the Planned Parenthood caller began talking over each other, but the dispatcher could be heard saying with a note of sarcasm, “Okay, very good. I'm glad you're being cooperative. Thank you.”

The call then ended.

A printout from the Aurora Police Department stated in capital letters, “Parents are there but don't know PD has been called.”

Also typed in capital letters was the following entry, “Caller was extremely uncooperative and refused to give any more info.”

While there are no details about why the girl was suicidal, she was at a Planned Parenthood abortion clinic on Christmas Eve, which is usually not a time that routine services other than abortions are done. It is likely that her distress was related to an abortion decision.

“The girl's parents deserved to know what was happening with their child, and that she was about to be hospitalized. Minors need parental permission to receive any kind of medical care — apparently unless they are at an abortion clinic,” said Troy Newman, President of Operation Rescue. “However, if the parents were the ones posing a threat to the daughter, why wouldn't Planned Parenthood just tell the 911 dispatcher that? I think the evasiveness of Planned Parenthood meant that the parents were not the cause of this girl's issues. What were they really trying to hide?”

The fact that the Planned Parenthood caller refused to provide requested information to the 911 dispatcher also potentially placed the emergency responders in harm's way.

“Planned Parenthood forced police and paramedics to walk blindly into an emotionally fraught situation by refusing to answer the dispatcher's questions. They placed the emergency responders at potential risk, and that is inexcusable,” said Newman.

For more about abortion-related medical emergencies at abortion facilities around the country, visit Abortion911.com.