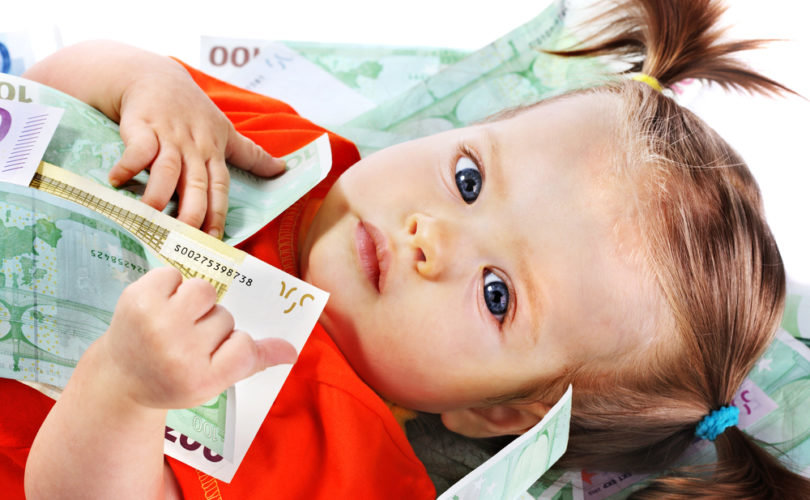 An example of the extreme pressure on doctors and health care systems to offer eugenic testing aimed at aborting the disabled has surfaced with the revelation that the NHS has paid more than £95 million in 104 “wrongful birth” lawsuits in the last decade. Sixty cases remain outstanding. Most of the payouts involved parents who gave birth to disabled children after a doctor failed to diagnose a fetal abnormality.

However, 40 of the settled cases involved the births of perfectly healthy babies: 6 after “failed termination,” 24 after “failed sterilization,” 8 after a “failed contraceptive implant/procedure,” 1 following a “failure to diagnose pregnancy,” and 1 as a result of “inaccurate fertility advice.”

MP Mary Glindon (North Tyneside, Labour) asked about the amount of money the NHS paid out for “wrongful birth” claims between 2003 and 2013. Health Minister Daniel Poulter disclosed the numbers in a parliamentary written answer.

The Daily Mail detailed one such payout.

The NHS awarded Katie Kelly-Ince £11,000 in an out-of-court settlement for the birth of a healthy daughter 4 years ago.

Despite Kelly-Ince insisting that her daughter Niamh is “a cherished child,” the 23-year-old sued the NHS claiming that a failed contraceptive implant procedure “robbed her of her youth, independence, ambitions and her future, when its negligence allowed Niamh to come into the world.”

Kelly-Ince said that in 2009 she and her boyfriend of three months had decided to become sexually active, so she went to a “family planning clinic” to have the contraceptive implant “Implanon” injected under the skin of her upper arm.

Although the nurse performing the procedure told her she wasn't sure the matchstick-sized flexible rod loaded with contraceptive drugs was properly in place, and Kelly-Ince didn't try to feel for it herself “because I'm squeamish,” she was told by another nurse that the implant was “in.”

As it turned out, the implant was not “in” and Kelly-Ince discovered she was pregnant just days after her boyfriend left the relationship, citing his need for a “break.”

To her credit, although Kelly-Ince described herself as “pro-choice” she decide against abortion, saying, “I felt my mental state would be worse if I terminated than if I didn’t.”

Kelly-Ince said that while her daughter Niamh “knows how much I love her,” she indicated that when her child discovers the circumstances of her conception, “I will tell her she is the best accident I’ve ever had.”

British TV personality Kirstie Alsopp, who is on record for urging women to have children while they are young and naturally fertile, told the Daily Mail that she thought most people would object to the huge payouts by the NHS for failed procedures that are intended to destroy fertility, especially if the result is a healthy baby.

‘’It seems to me that to be able to sue the NHS after the birth of a healthy baby is simply not something the majority of people would agree with. The NHS hasn’t got an infinite amount of money. I think parents in that position should think twice,” said Alsopp.

“A healthy child is an occasion for thanksgiving rather than for taking the NHS to the cleaners, and using up precious funds which could otherwise be more usefully employed,” Nazir-Ali said.