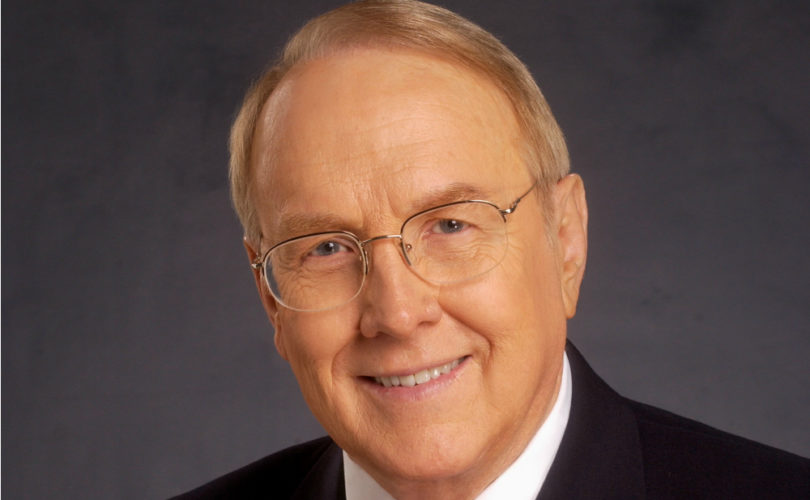 April 7, 2015 (LifeSiteNews.com) – Dozens of Christian leaders have vowed they will not remain silent, as they did following the Supreme Court's Roe v. Wade decision, promising to take nonviolent direct action if the High Court votes to redefine marriage.

The Supreme Court is deciding two separate issues: Whether the 14th Amendment guarantees same-sex “marriage” as a constitutional right, and whether states must honor same-sex “marriages” contracted in states that have voted – or, more likely, where an unelected judge has forcibly determined – to redefine marriage.

“We believe that the majority of the Court will rule in favor of elevating what we have always taught to be a sinful lifestyle to the stature of a civil right — forcing us to choose between their ruling and our religious convictions that are based on Scripture,” said Rick Scarborough, a former Southern Baptist minister who now heads Vision America Action. “Christians are being declared the lawbreakers when we are simply living by what we have always believed and by a set of laws that the culture historically has agreed to.”

He envisioned the Obama administration acting by executive order and federal fiat to promote the LGBT agenda.

“With the current administration there is every reason to believe that the executive branch will use the full weight of the federal justice system to enforce this,” Scarborough said in a conference call attended by some 30 national ministry leaders, as reported by James Robison, a noted evangelist and founder of TheStream.org.

“This is a Bonhoeffer moment,” Scarborough said, according to Robison. “What will we do and how will we respond?”

Others on the call affirmed his urgency. “This is Roe v. Wade all over again. I am standing shoulder to shoulder with all who will stand up for God’s Word concerning marriage,” said Dr. James Dobson, the founder of Family Talk Radio. “To the extent that I am able to influence anybody, I will do it with passion.”

A Supreme Court decision, following a string of lower court rulings that struck down democratically enacted amendments protecting marriage as the union of one man and one woman, would further fracture society and restrict the free exercise of religion, participants in the call warned.

The ruling follows an ongoing controversy over whether states like Indiana and Arkansas should adopt state versions of the Religious Freedom Restoration Act, a Clinton-era federal act aimed at preserving private citizens' First Amendment rights.

Business owners have been sued, fined, and even threatened with death for refusing to participate in same-sex “wedding” or commitment ceremonies, although doing so would clearly breach their sincerely held religious beliefs.

Redefining marriage would impact society in other negative ways, the call's speakers said, according to Robison.

Mat Staver of Liberty Counsel said that, by sanctioning a relationship that excludes either of a child's biological parents by design, the justices would be “essentially saying that boys and girls don’t need moms and dads — that moms and dads are irrelevant.”

Staver warned that, in some ways, this decision would be worse than the 1973 landmark decision that legalized abortion-on-demand in the United States.

“Roe v. Wade was a time when the church should have said no, regardless of what seven Supreme Court justices said,” Staver told the call. “The difference is Roe was a wrong decision that resulted in a loss of life – but people were not forced to participate. With this issue, people will be forced to participate and affirm it. It will affect licenses for counselors, attorney disciplines, and every licensing profession will be affected.”

Christian critics have said for decades that homosexual activists and pressure groups sought to channel the power of the state to affirm the morality of their actions. Nor are they alone in their critique. Lesbian activist and talk show host Tammy Bruce said the LGBT activists' harassment constitutes “bullying” and “fascism.”

Churches would face civil rights litigation and “have the same issues with tax exemption over sexual preference as you have now over race.”

“It will not be long if same-sex marriage is adopted that other universities could lose tax exemptions if they maintain a policy based on natural marriage and biblical morality,” Staver said.

In an unrelated story, Pat Buchanan has also called for resistance to any court decision that imposes a new definition of marriage upon the states.

Staver closed by encouraging his fellow Christians to send a message to the Supreme Court justices. “Tell them now that if they cross that line they will become an illegitimate institution, that the Supreme Court will lose the respect of the American people and therefore lose its authority,” he said.

1
The Ukraine war is far more dangerous than past US-orchestrated conflicts: Douglas MacGregor
2
Dolly Parton says new song about God’s warning to avoid sin ‘came to me in a dream’
3
Students who attended March for Life kicked out of Smithsonian for wearing anti-abortion hats
4
How the US gov’t built a shadow structure that enabled COVID vax ‘bioterrorism’
5
Top microbiologist alleges Thailand may cancel Pfizer contract after suspected vax injury to princess
Subscribe to Daily Headlines »