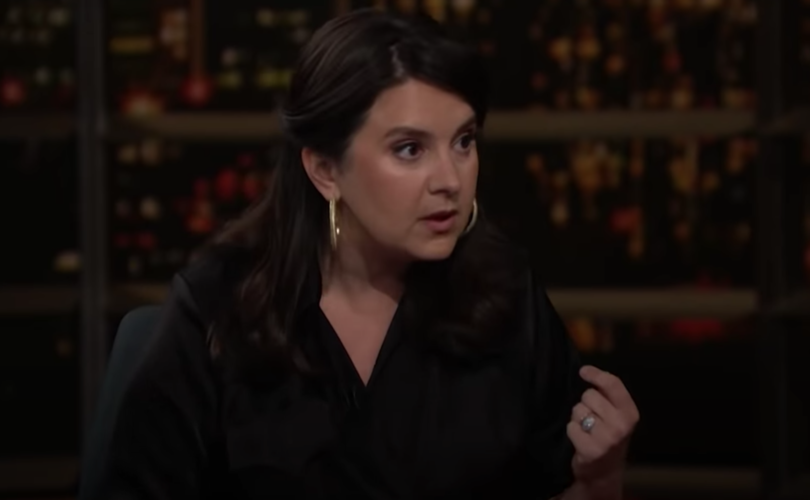 Setting the scene, host Bill Maher suggested that, in light of COVID-related restrictions loosening in some European countries — such as Britain recently overturning face mask and “vaccine passport” mandates — America should “get back to normal” by following suit.

While fellow guest Rep. Ritchie Torres (D-NY) chalked up any reduction in hospitalizations and deaths related to COVID to the “vaccine campaign,” Weiss explained simply: “I’m done with COVID.”

The former New York Times opinion editor said she initially “went so hard on COVID,” disinfecting her groceries and even her clothes every time she returned from being out of the house “because I thought COVID would be on my clothes. I did it all.”

She criticized the deceit of the government, which assured an end to restrictions after the COVID shots were rolled out but has yet to fulfil this promise.

“We were told, ‘You get the vaccine and you get back to normal.’ We haven’t gotten back to normal and it’s ridiculous at this point.”

Weiss noted that many of the measures implemented by the government in an apparent attempt to curb the spread of COVID are in fact futile and hold little ground under scrutiny.

“If you believe the science you will look at the data we did not have two years ago and you will find out that cloth masks do not do anything. You will realize that you can show your vaccine passport at a restaurant and still be asymptomatic and be carrying omicron, and you will realize most importantly that this is going to be remembered by the younger generation as a catastrophic moral crime.”

Indeed, Israeli researcher Prof. Gili Regev-Yochay of the prestigious Sheba Medical Center has said that a new study from Israel shows that the COVID jabs are “not good enough” to neutralize the spread of the omicron variant, adding that the findings show the shot “is less effective” than against the delta strain, for instance.

Weiss said that many of her “liberal, progressive friends” also understand that the COVID measures do little to contain the spread, but “they do not want to say it out loud because they are scared to be called anti-vax or to be called science denial (sic) or to be smeared as a Trumper.”

Reacting to Weiss’ comments, liberal media talking heads launched an attack on the journalist, with CNN medical analyst Dr. Jonathan Reiner saying she should “grow up” and stop acting “like a child.”

“All that we’ve done is ask the public to wear a mask when you go out and about and get vaccinated,” Reiner said.

CNN anchor Don Lemon added his voice to the outcry, calling Weiss “so irresponsible” for “making this about politics.”

However, describing the lockdowns and endless disruptions to the everyday lives of citizens as a “blunt instrument,” Weiss explained that many of those who otherwise faced little to no risk from the virus have ended up suffering extreme, even deadly, consequences from the mandates.

“In the past two years we’ve seen among young girls a 51 percent increase in self-harm. People are killing themselves. They’re anxious, they’re depressed, they’re lonely.”