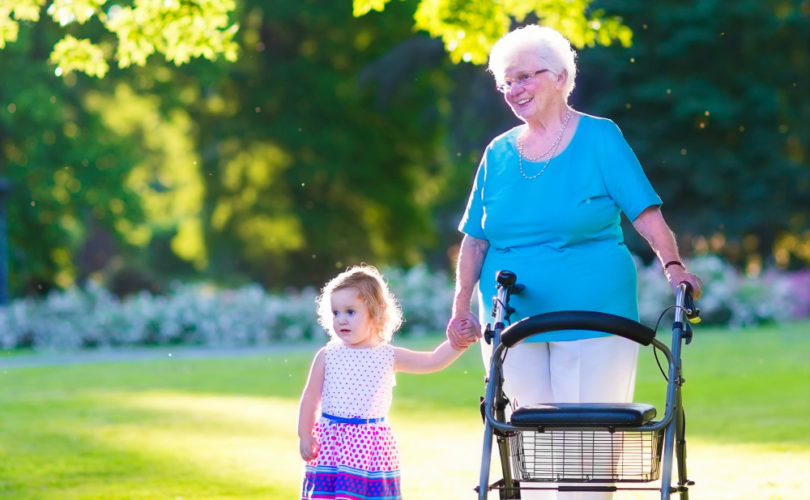 OTTAWA, October 1, 2015 (LifeSiteNews) –The latest numbers from Statistics Canada firm up the gloomy picture of an aging nation that cannot sustain population growth even while allowing into the country triple the number being born here annually—and cannot take care of its own elderly.

“These numbers definitely have serious economic ramifications,” said Peter Jon Mitchell of the Institute for Marriage and Family, “and underline the need for policies that encourage healthy, stable families.

“We’ve known this was happening for at least 10 years,” said Mary Ellen Douglas of Campaign Life Coalition. “We have a dying population and on top of that, we have killed four million people by abortion since 1969. Now we have to face the consequences.”

“A Country for Old Men,” was how the National Post headlined a story that was at once unjustifiably optimistic and stunningly superficial. It devoted considerable space to whimsical factoids such as the “amount each Canadian would get if Jerry Seinfeld distributed his $820 million…net worth evenly among the country’s citizens,” while ignoring the country’s dismal fertility rate.

It’s 1.59, meaning on average how many babies will be born per Canadian woman of fertile age during her lifetime, far below the replacement rate of 2.1. It is the mssing key to the Post’s story, say experts contacted by LifeSiteNews.

“Your population table is now upside down and sliding backwards,” said Steve Mosher, head of the Population Research Institute in Fort Royal, Virginia.  Whereas such tables typically show the number of people at each successively older decile of the population shrinking as death takes its natural toll, Canada’s now shows the younger deciles as the smallest and the older ones as the largest. This is not just a function of the anomalous post-World War Two Baby Boom, when fertility rates in the Western World bumped up for 20 years, but of ever shrinking rates since then.

“These latest numbers do not bode well for the future,” Mosher told LifeSiteNews. “They show a country with one foot in the grave. You will shortly have too few young taxpayers supporting too many elderly.”

It is a problem around the world. The National Post article manages to find a silver lining in Canada’s cloudy forecast: as bad as it is, it is the best in the G7 countries, who all have lower population growth. Japan’s and Italy’s are the lowest at zero, and the United States is second to Canada’s at 0.7 percent per year. And five of the G7 have more elderly (they are 26 percent of Japan’s population) with the United States having the fewest at 15 percent of the population and Canada having the next smallest share at 16.1 percent.

What has sustained Canada’s population despite a fertility rate well below replacement is its liberal immigration policy. But this policy, say experts such as Mosher and W.P. Robson of the C.D.Howe Institute, while counteracting normal aging patterns, cannot counteract the passage of the huge Baby Boom generation into unproductive old age.

“Most immigrants are men in their 30s,” Mosher told LifeSiteNews. “In only 20 years they will be retiring and becoming a burden on the remaining workers. It’s a short term solution.” Agreed the C.D. Howe Institute, in its 2008 report, Faster, Younger, Richer :  only “improbably huge” increases in immigration, and “extreme filtering” out of older immigrants, could slow, but not prevent, the coming imbalance between workers and “old age dependants.”

The experts agree on the politically incorrect solution—encourage families to have more children—if not on how to achieve it. Mitchell doubts if financial incentives will help over the long term. Mosher cannot see how a government can ignore incentives. “It is not as if we are calling for the government to interfere; it is already interfering negatively by taking away half the earnings of young families in taxes.”

As Mosher sees it, governments put an impossible burden on young parents or would-be parents. “They are raising future producers, taxpayers and wage-earners at huge cost to themselves, and also paying taxes to care for the elderly.” Mosher believes “between a quarter and a third” of young couples want big families and are only prevented from doing so by prohibitive expenses, including taxes. Governments should encourage them, he says, because this is the simplest way to sustain the population with people already schooled in Canadian values.

Campaign Life Coalition’s Douglas said much of the problem could be addressed by allowing all the unborn to live, rather than aborting one in four or five of them. “This is a grave economic and moral crisis,” she told LifeSiteNews. “There is a saying that God always forgives, Man sometimes forgives and Nature never forgives. We are dealing now with the natural consequences of abortion.”

But there is more to the fertility “gap” between the current rate and replacement than abortion. Demographer Nicholas Eberstadt, writing in the Wall Street Journal earlier this year, called it a “world-wide flight from family”  and blamed it on “a significant international victory for self-actualization over self-sacrifice.” He chronicles how even in underdeveloped countries such as Libya, women are staying single and childless in order to pursue personal goals.

Only religious people resist the trend to see children selfishly, Mosher told LifeSiteNews. Instead, for them, “children are gifts of God.” Added Douglas, too many Canadians “throw these gifts back in God’s face,” unfortunately for them and Canada.