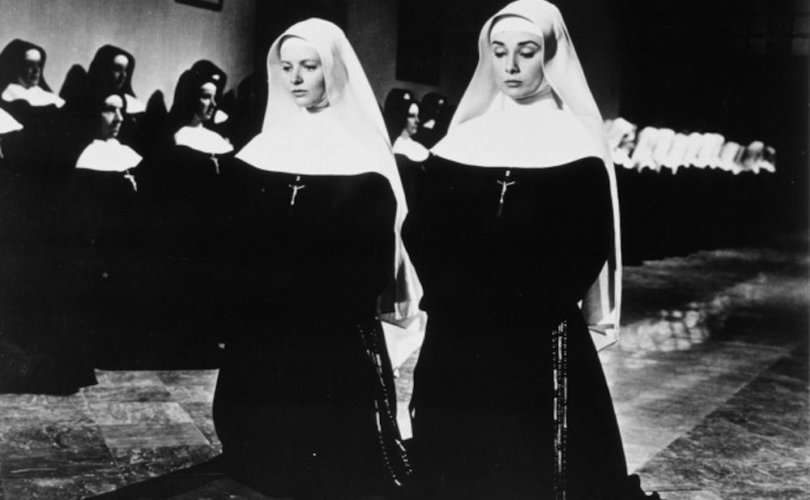 February 3, 2017 (LifeSiteNews) — Patricia Bosworth starred alongside Audrey Hepburn and Peter Finch in the 1959 movie “A Nun's Story.” Few knew, however, that she almost died from a botched abortion just before filming.

Bosworth played Simone, a potential nun who changed her mind. But before filming began, on the very day she won the role, Bosworth found out she was pregnant.

Worried that she might lose the part, Bosworth went to an illegal abortionist in Manhattan and paid him $500 to terminate her unborn child.

Bosworth's makes the admission in her memoirs, The Men in My Life: A Memoir of Love and Art.

“I knew that having an abortion would be a difficult experience,” Bosworth, now 83, told NPR in an interview. “I didn't realize how difficult both physiologically and psychologically.”

Director Fred Zinnemann had Bosworth and other stars fly to Rome to research their parts among actual nuns.

“I had these pills I was supposed to take in case I might hemorrhage on the plane because of the altitude,” Bosworth explained, but she left the pills in an airport bathroom.

“We were flying on to Rome and I suddenly started to hemorrhage,” Bosworth said. “I didn't know what to do. I got a sanitary pad from the stewardess and managed to stem the blood.”

Landing in Rome, “we rushed to the studios to get costume fittings and I met Fred Zinnemann, the director. It was all very exciting.”

“Meanwhile, I am feeling very, very sick. … I know that I'm still bleeding. The next morning Fred Zinnemann had agreed that we should go and meet with nuns and stay in convents. And I was, for some reason, sent to a hospital convent called the Salvator Mundi hospital which was run by nuns. I was supposed to talk to this nun about what it was like to be a nun.”

“The minute she saw me she said, 'Oh, Miss Bosworth, you don't look well at all.' And I said, 'Oh, I'm fine, I'm fine.' She said, 'No, I really don't think you are well, I think you should go back to the hotel and rest. If you continue to feel badly, here's my phone number and you can phone me.'”

Bosworth did call the nun, confessing that she had had an abortion and she feared she was dying.

“I got back to the hotel and I was bleeding so badly — it was just horrific — and I called her and I told her: I had had an abortion and I thought I was dying. And she rushed me back to the hospital.”

“I got to the operating room and the doctor sewed me up, and he was very angry at me.  He said, 'I've been working with actresses for too many years! Sewing them up! And you're a fool! Why didn't you take precautions!' He really chewed me out.”

The nun, however, did not “chew her out” but encouraged her in Christ.

“She never made a judgment,” Bosworth recalled.

“Miss Bosworth’s experience is sadly still common today – the belief we must choose between embracing motherhood and an unplanned pregnancy or pursuing our careers to climb the ladder of success,” Anglicans for Life president Georgette Forney, who co-founded the Silent No More Awareness Campaign, told LifeSiteNews.

“Our careers cannot be achieved at the cost of our children, nor should motherhood limit our ability to impact the world,” Forney continued. “Women are strong and I hope more actresses will believe in themselves enough to embrace both.”

The movie was slightly delayed, but none of the hospital staff told anyone of Bosworth's true condition.

“I recovered and I went on with the movie, but of course it was a traumatic, traumatic experience, and I had really almost lost my life.”

California born and raised, Bosworth and her family moved to New York City. She had a troubled childhood that included alcoholism in the family. Both her father (who defended blacklisted Hollywood producers in the McCarthy era) and her homosexual brother committed suicide. Bosworth herself married young but was divorced by age 20.

Bosworth longed for the lights and fame of acting. She was accepted into Lee Strasberg's Actors Studio and studied alongside Paul Newman, Jane Fonda, and Marilyn Monroe.

In her memoirs, Bosworth “tells all” about producers who use actresses for traveling sex and acting teachers who forced actresses to strip in class.