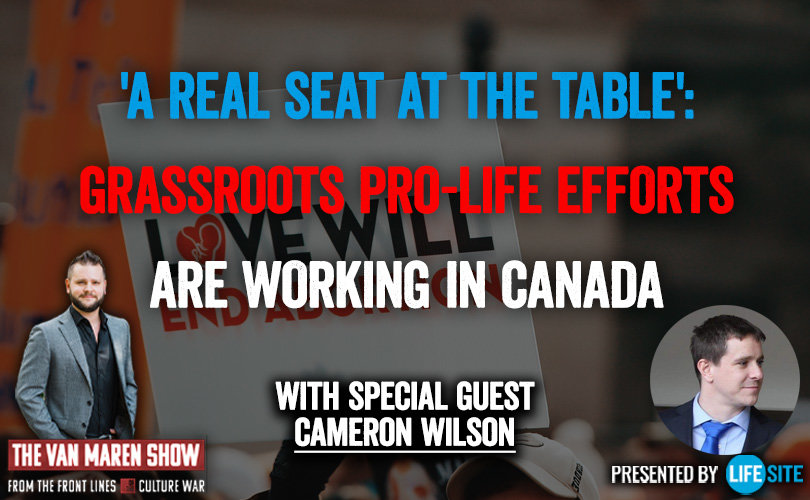 (LifeSiteNews) – A political activist offered some encouragement for the pro-life movement in Canada, saying that there are still some politicians in the Conservative Party who are willing to make a stand for the unborn.

Jonathon van Maren spoke with Cameron Wilson, who works with The Wilberforce Project in Alberta. This organization seeks to educate the public on abortion and protect the unborn through political advocacy in the provincial government.

Wilson said that he’s seeing how pro-lifers have “been able to get a real seat at the table” in some of the policy decisions in the Conservative Party. He shared three recent pro-life victories that have happened in Alberta, despite the abortion issue being “the third rail” in Canadian politics.

Wilson added that every politician in every party has to realize the importance of pushing legislation to protect unborn life, and “how much of an asset the pro-life movement is.”