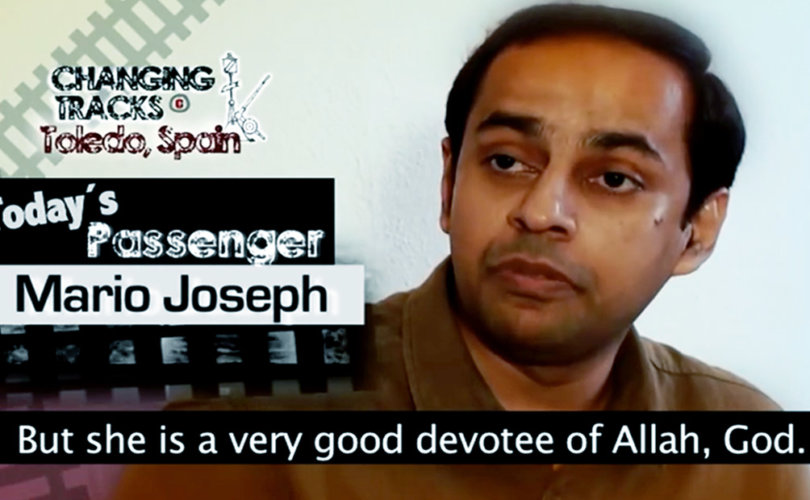 Catholic convert from Islam, Dr. Mario Joseph, talking about the decision of his mother to ignore the doctors' advice and not abort him.Frame from video

December 23, 2017 (LifeSiteNews) – I have increasingly felt that the only real solution to the growth of violent Islamism will be the mass conversion of Muslims to Christianity – the greatest gift and act of true love that they could possibly receive. Dr. Mario Joseph is such a convert and his personal story and his talk about celebrating Christmas give powerful witness to that precious gift of faith in Jesus Christ given to him.

In the past, conversion of Muslims to Christianity has always been very difficult because of Islam’s built-in threat to the lives of anyone who dares to question or leave Islam for another religion. Today, however, the Internet has been freeing many Muslims from all the falsehoods Muslim leaders and the Koran tell about Jesus Christ and Christians. It has permitted them to consider wonderful things that were always absolutely forbidden to them to even think about or listen to.