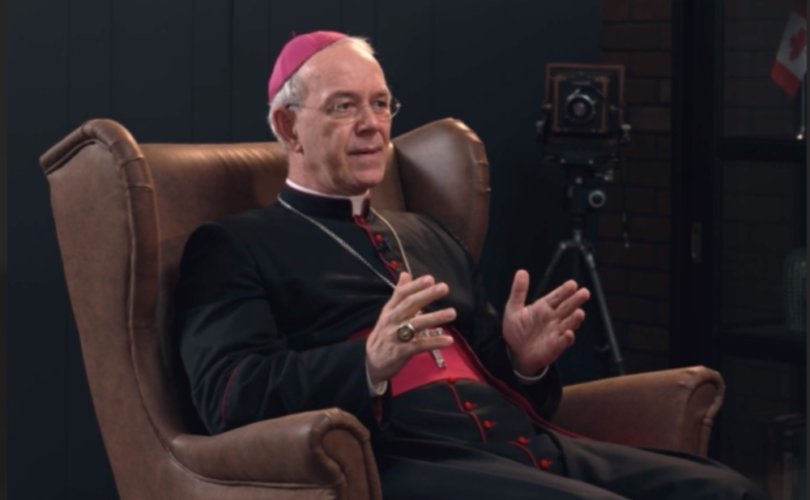 Yesterday Schneider, a well-known episcopal defender of orthodox Catholic doctrine and tradition, published a “pastoral reflection” imploring Pope Francis to end his war on the Traditional Latin Mass. Specifically, he asked the pontiff to repeal both the motu proprio Traditionis Custodes and the Vatican’s Responsa ad dubia, which have limited Catholics’ ability to attend or celebrate the Old Mass.

“As we advance along the Synodal Path leading to the 2023 Synod on Synodality, a wound has been opened in Christ’s Mystical Body, the Church,” Schneider wrote.

“We are referring, of course, to the spiritual pain and injustice that has been inflicted on a considerable number of good Catholics of all ages, both laity and clergy, through the publication of Pope Francis’ Traditionis Custodes, on July 16, 2021, and the Responsa ad Dubia of the Congregation for Divine Worship and the Discipline of the Sacraments, on December 4, 2021,” the auxiliary bishop continued.

Citing the pontiff’s own imagery, Schneider added, “May Pope Francis realize that he has been ill-advised, and may he demonstrate pastoral courage, humility, and true love for these marginalized sons and daughters of the Church by rescinding the canonical provisions stipulated in the two aforementioned documents. In so doing, he will most certainly be ‘bandaging wounds and healing broken hearts with the balm of God’.”

Schneider reminded the Pope that the “Roman Church’s precious and entire ancient liturgical patrimony” is a “common spiritual good” that “must not be lost,” and told his brother bishops that they “have the duty to express publicly and frankly their deep concerns” regarding Francis’ harsh decisions.

Many Catholics feared that Traditionis Custodes would drastically limit access to the Traditional Latin Mass; those concerns grew more acute after the Vatican released the Responsa in December, giving answers to apparent dubia (questions) about the motu proprio that indicated Francis’ long-term goal is to suppress the Traditional Mass.

Some of the more troubling measures included in the documents include denying priests the ability to administer the sacraments in the traditional form, only allowing the Old Mass in parish churches under limited circumstances, forbidding priests to offer both the New Mass and the Old Mass on the same day, as well as eerily hinting to an end to the Traditional Mass entirely.

Encouraging Francis to reconsider these unjust canonical measures, Schneider concluded his reflection by mentioning the life and actions of St. Irenaeus, a saint who Pope Francis recently announced will proclaimed a Doctor of the Church, a high honor only open to those who are already canonized saints:

Within this context, we do well to recall a great Saint who went down in Church history as a true peacemaker: St. Irenaeus of Lyons (+202). At a critical moment in the Church’s history, when at the end of the second century the Apostolic See wished to impose a unique expression of the lex orandi (regarding the date to celebrate Easter) on a group of clergy and faithful, thus rejecting other legitimate liturgical traditions, St. Irenaeus intervened and respectfully remonstrated with Pope Victor I (+197), reminding him of the pastoral magnanimity and moderation of his predecessors, especially that of Pope Anicetus (+168), who despite having a liturgical perspective different from St. Polycarp (a disciple of the Apostle John), nevertheless allowed another liturgical tradition to continue undisturbed (cf. Eusebius of Caesarea, Historia ecclesiastica V: 23). Pope Victor I seems to have listened to the fraternal appeal of St. Irenaeus.

Recalling the example of St. Irenaeus, the peacemaker and future Doctor unitatis [Doctor of unity]… Pope Francis should listen to the voice of the many children, young people, fathers and mothers, seminarians, and priests attached to the Rome Church’s ancient rites and guarantee their established right to worship according to all the liturgical books of the Roman Rite that were in use until the recent liturgical reform. In this way, these marginalized sons and daughters of the Church will feel that they are ‘part of the life of the community without being hindered, rejected or judged.’

“Bishop Schneider points out correctly that the Church’s policy has always been to allow and even foster liturgical diversity, precisely to maintain unity,” Shaw told LifeSiteNews today.

“He speaks for Catholics all over the world attached to the ancient liturgy who are not interested in what Pope Francis calls ‘sterile polemics’, but whose wish to worship in a way approved by the Church for centuries is being treated like a heresy.”

Schneider is not the only prominent prelate to come out in opposition of Francis’ attacks on the Old Mass. On December 30, Bishop Joseph Strickland of Tyler, Texas tweeted a quote from Pope Pius XII warning against the alteration of the traditional liturgy and theology of the Catholic Church. Stickland implored the faithful to pray for Pope Francis in light of his relentless attacks on the Latin Mass and the traditional sacraments in Traditionis Custodes and the Vatican’s Responsa.

“I am worried by the Blessed Virgin’s messages to Lucy of Fatima,” Pius XII had said, according to Strickland. “This persistence of Mary about the dangers which menace the Church is a Divine warning against the suicide of altering the Faith, in Her liturgy, Her theology and Her soul. I hear all around me innovators who wish to dismantle the Sacred Chapel, destroy the universal flame of the true Faith of the Church, reject Her ornaments and make Her feel remorse for Her historical past.”

“Pray for Pope Francis to resist these same forces that his predecessor fought 70+ years ago. ‘Come Lord Jesus, fill the hearts of your faithful and renew the face of the earth,’” Strickland added.