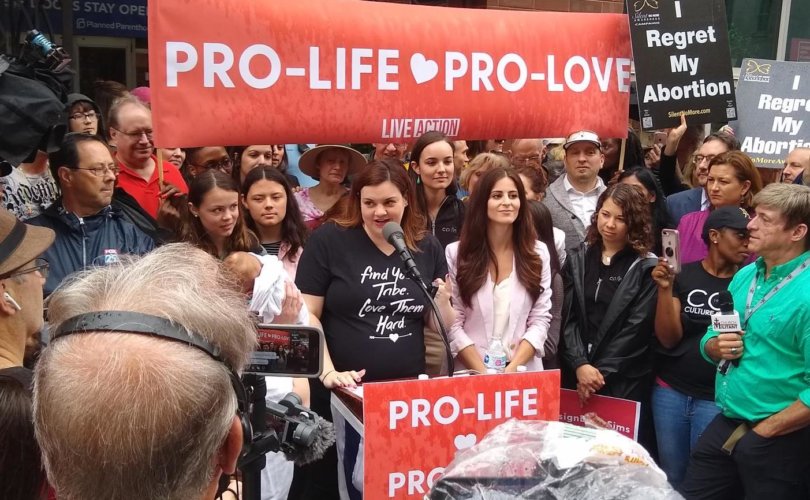 PHILADELPHIA, Pennsylvania, May 10, 2019 (LifeSiteNews) — Former Planned Parenthood director turned pro-life activist Abby Johnson was one of several women to address the cheering crowd at Live Action’s rally at an abortion facility in Philadelphia today. The rally was held in response to Pennsylvania State Representative Brian Sims’ harassing of peaceful pro-life protestors at the same location.

Johnson told the cheering crowd that even though she invited Sims to the event, she couldn’t believe he didn’t show up. “He got the invitation several times from me alone.”

“I don’t know that I’ve ever seen anybody that needs Jesus more than that man right there,” she stated.

Johnson, who asked the crowd to pray for Sims, said the real reason he didn’t come is because “it is cowardly to defend death” but “courageous to defend life.”

Echoing what she said just a day earlier at the Canadian March for Life, Johnson said, “We are not going to continue to be bullied as pro-lifers. I am sick of this idea that just because we are Christians we cannot stand up and defend ourselves, that we cannot stand up and defend our unborn brothers and sister. We are going to stand up. We will continue to speak up day after day after day.” We have to “turn our prayers into action.”