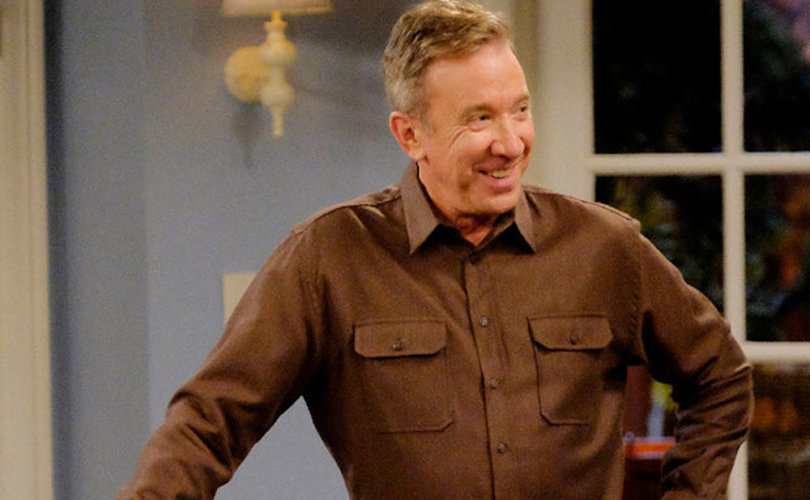 BURBANK, California, May 15, 2017 (LifeSiteNews) — Fans of television's only sitcom with a conservative bent are not happy that the ABC network cancelled Last Man Standing despite strong ratings and a loyal fan base.

Comedian Tim Allen’s comedy is ending after six successful seasons, and online petitions and boycotts emerged this past weekend protesting the decision.

A petition at Change.org received almost 10,000 signatures overnight. It read: “Last Man Standing is one of the only shows on broadcast television, and the only sitcom, that is not constantly shoving liberal ideals down the throats of the viewers. And sadly, that is likely the real reason the show has been cancelled.”

Another protest at PetitionCongress.org offered: “With a plethora of ultra-liberal shows available on television, this show stood out from the rest and motivated conservatives who voted for President Trump. Please demand that Congress investigate whether LMS was cancelled for political reasons.”

Even Wisconsin Gov. Scott Walker weighed in on Twitter:

.@ofcTimAllen Looks like @ABC is playing politics with your show despite decent ratings. Sad.https://t.co/FQo9H55QcR

Last Man Standing consistently won its difficult 8 p.m. time slot on Fridays. Just this year, Deadline reported Last Man Standing was “the top program on Friday for adults 18-49 for a fourth consecutive week.” In fact, the show was so strong that it actually “anchored” the night for ABC, giving popularity to shows that followed it.

Furthermore, Last Man Standing was a hit in syndication, the rights for which bring in huge profits to the network.

During last year's presidential campaign: “Wow. Hillary Clinton's asking us for money. Will her string of mistakes never end?”

And Baxter comes back with: “Yeah, that's the kind of screwups that happen when you spend all your free time deleting e-mails.”

Later on in the same episode, Eve seeks to dissuade mom from supporting Clinton: “Mom, I know you love the show 'Scandal,' but do you really want to watch it every night for four years?”

And again from Eve: “I just don't think Hillary's that strong. I feel like Congress could cheat on her and she'd just look the other way.”

The Wrap speculated that Last Man Standing's cancellation may be due to Allen's conservatism. “Hollywood is a liberal playground, and Allen very publicly doesn’t roll that way.”

BizPac Review put it bluntly: “The cancellation was more than likely political as Tim Allen’s character greatly resembles a Republican.”

The Daily Wire pointed out that Allen “has created a popular, sympathetic and likable television personality who holds the beliefs and values our entertainment and media elites want to tell us can only belong to Nazis.”

ABC says it was just cutting costs, citing Last Man Standing’s multi-camera production and Allen's large salary. However, the network just renewed Modern Family for two more seasons and “significant salary increases” for all six of the liberal show's stars — half a million each for every episode.

The Daily Wire: “Weird how ABC was totally comfortable doing for the left-wing Modern Family exactly what it wouldn't do for a show that appeals to the other half of the country.”

During its run, Allen expressed wariness regarding his show. Earlier this year while guesting on Jimmy Kimmel Live, Allen criticized the industry for its “intolerant elitism.”

“You’ve gotta be real careful around here,” Allen said. “You get beat up if you don’t believe what everybody believes.”

“If you’re not part of the group, ‘You know what we believe is right,’ I go, ‘Well, I might have a problem with that,’” Allen added.

Going even further on Kimmel's show, Allen assessed, “This is like ’30s Germany. I don’t know what happened.”

The Wrap speculated further that that quip may have been ABC's last straw. “That didn’t go over so well with many, in and outside of Hollywood.”

“What I find odd in Hollywood is that they didn’t like Trump because he was a bully,” Allen said. “But if you had any kind of inkling that you were for Trump, you got bullied for doing that. And it gets a little bit hypocritical to me.”

Meanwhile, fans are not laughing:

“ABC television network is owned by Disney, a rabidly left-wing company run by Bob Iger, who, for years, has been a huge supporter of both Bill and Hillary Clinton … No one better understands the power of popular culture than those who work in it. They know that if even one is allowed to get through, a 'Path to 9/11,' a 'Last Man Standing,' a 'Duck Dynasty,' a 'Passion of the Christ,' a '13 Hours,' a Fox News, that it must be crushed, toxified, or memory-holed out of the fear that those brainwashed by popular culture might discover another side to the story.  And then there is the intolerable risk that a success might breed more of them.”