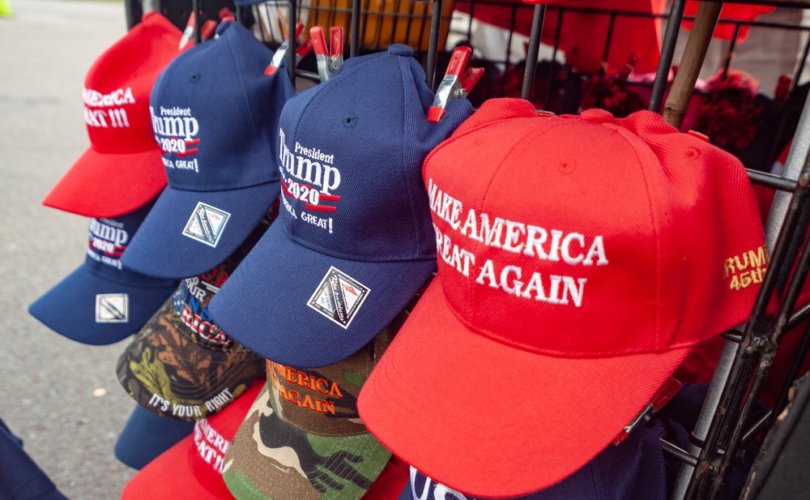 January 11, 2021 (LifeSiteNews) – ABC News political director Rick Klein came under fire for an article that originally called for the “cleansing” of Trump supporters from American politics, at a time when national tensions are high and the political Left is accusing President Donald Trump and his allies of “inciting violence” through rhetoric.

“Even aside from impeachment and 25th Amendment talk, Trump will be an ex-president in 13 days,” Klein wrote in the original version of his January 7th “The Note” column, archived here. “The fact is that getting rid of Trump is the easy part. Cleansing the movement he commands, or getting rid of what he represents to so many Americans, is going to be something else.”

In the version currently published online, “cleansing” has been replaced with “cleaning up,” with no note letting readers know that the piece had been edited or apology for its original language. Klein also deleted a tweet containing the original line, again without acknowledgement:

Political Director for @ABC News based in Washington DC appears to have deleted his tweet about the 75 million Americans who voted for Trump that talked about the challenge of “cleansing the movement.” pic.twitter.com/HS1Rwrn94S

Scores of protesters broke into the U.S. Capitol building last week, following the “March to Save America” rally where the president said supporters would march “over to the Capitol building to peacefully and patriotically make your voices heard,” where “we’re going to cheer on our brave senators and congressmen-and-women” who were meeting to formally object to the certification of electoral votes from a handful of states.

As covered live by LifeSiteNews, viral videos showed groups of protesters engaging in physical altercations with police, pushing against security barricades, breaking through a window, trespassing in congressional offices, and climbing on walls, causing the vote certification to be suspended and lawmakers to be evacuated from the chambers. While many were allowed to enter by police and simply walked through the building (which is normally open to the public) after the initial breach, there were several deaths, including a protester shot by Capitol Hill police, a protestor trampled amid the chaos, a police officer whose death is being investigated as a potential murder, and several due to unspecified “medical emergencies.”

Trump told the breachers to “go home in peace” via tweets and video message, yet a coalition of Democrats and establishment Republicans quickly decided that Trump had “incited” the violence, some by blaming his support of marching to the building (which was a pre-planned part of the event, advertised prior to Trump’s remarks), others by blaming Trump’s refusal to concede in the first place.

Democrat House Speaker Nancy Pelosi (D-CA) threatened Sunday to move forward with impeachment if Vice President Mike Pence did not back removing Trump via the 25th Amendment (a process meant to replace a president incapacitated by medical emergencies, not for conduct his opponents deem outrageous or dangerous), and on Monday House Democrats unveiled the official resolution for “incitement of insurrection.”

“It is the height of hypocrisy for those in the media to condemn others for violent acts that are dwarfed in comparison to the consistent violence of the far-left — one act doesn’t justify the other — and then go out and call for something like a ‘cleansing’ of people and think there’s nothing wrong with a statement like that,” the Media Research Center’s Nick Kangadis writes. “The derangement and violence of the left has never been something up for debate. The difference is that the radical media will literally make up excuses for the left’s violence while standing in front of a burning building.”