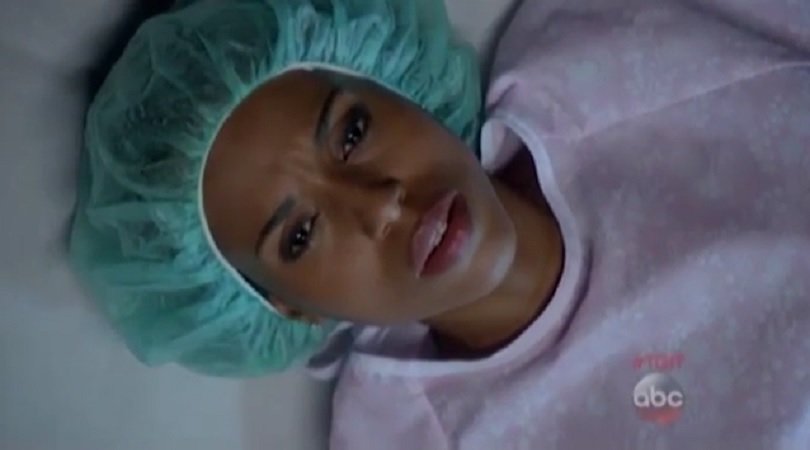 HOLLYWOOD, November 20, 2015 (LifeSiteNews) – Last night's episode of the ABC show “Scandal” depicted the main character having an abortion as the soundtrack played “Silent Night.” It closed by playing “Ave Maria.”

In between, it lionized a first lady turned U.S. senator who filibusters a bill to reduce taxpayer funding of Planned Parenthood – something that earned it praise from the real life abortion provider.

Like many series produced by Shonda Rhimes “Scandal,” currently in its fifth season, has never shied away from a graphic depiction of sex. But the abortion plot point came as a swerve to the series' fans, who did not know the main character was pregnant.

Olivia Pope, the head of a D.C.-based crisis management firm, aborted the child she conceived during her affair with the president of the United States.

The camera shows an abortionist reaching for his instruments as she lies on the table, as a Gospel choir sings “Silent Night.” As the abortion takes place, her father, Rowan/Eli Pope, says in a voiceover:

Family is a burden…a pressure point, soft tissue, an illness, an antidote to greatness. You think you're better off with people who rely on you, depend on you, but you're wrong, because you will inevitably end up needing them, which makes you weak, pliable. Family doesn't complete you. It destroys you.

The choir sings “Hallelujah!” as Olivia exhales and stares serenely at the ceiling.

Before entering the operating room, she watched television coverage of first lady and U.S. Senator Mellie Grant, who launched “the longest filibuster in modern history” to kill a bill reducing Planned Parenthood funding. The impassioned speech, on the eve of the Christmas recess, made Grant – a Republican senator from Virginia – a feminist hero and inspired the hashtag “I Stand with Mellie.”

“We now return to 'It's a Wonderful Life,' already in progress,” a reporter says as Olivia waits in the abortion facility's waiting room.

“We applaud Shonda Rhimes tonight — and every Thursday night — for proving that when women are telling our stories, the world will pause and watch,” the group said. “We just hope those in Congress — and throughout the nation — who are steadfast on rolling the clock back on reproductive health care access are taking note.”

Rhimes, who previously featured a female character having an abortion on her series “Grey's Anatomy,” tweeted:

The #ScandaI writers did their research– every budget item Mellie recites it actually REAL. #TGIT

As the show comes to an end, Pope and the president end their relationship, and President Grant does not learn about the abortion. Pope treats herself to a glass of wine as the soundtrack plays “Ave Maria.”

The abortion-themed program airs as the Republican-controlled Congress seeks to deny Planned Parenthood most of its taxpayer funding for one year after undercover videos showed abortion industry officials discussing the harvesting and sale of aborted babies' organs and tissue. The reconciliation bill must pass the U.S. Senate, currently bogged down in debate over the Syrian refugee crisis.

The episode, “Baby, It's Cold Outside,” was the midseason finale for “Scandal.” The next episode will air on February 11.