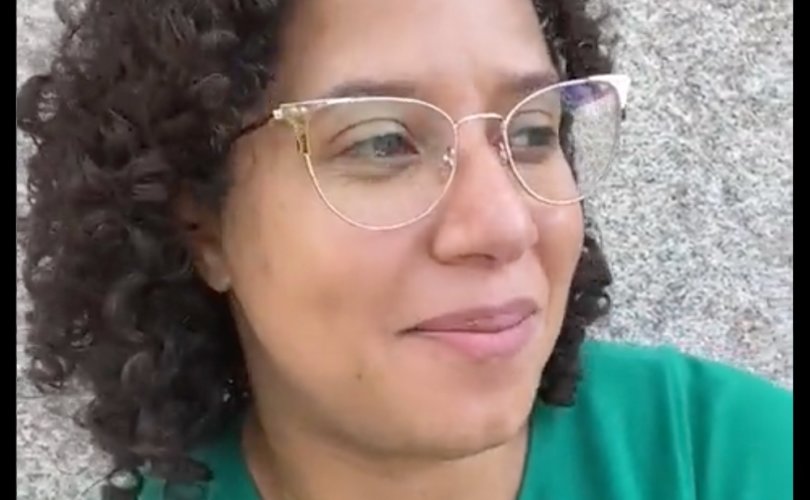 WASHINGTON, D.C. (LifeSiteNews) – A Democrat pro-abortion witness recently insinuated that it would be better for racial minorities to be aborted than to live in America today.

On Tuesday, Renee Bracey Sherman, the founder and executive director of an abortion “storytelling group” called “We Testify,” addressed the House Energy and Commerce Oversight and Investigations panel, suggesting that minority parents need to abort their children because the USA is awful to them.

Pro-abortion Democrat witness suggests it’s better for minorities in America to be aborted than born. pic.twitter.com/29idep96aa

“Some people who want abortions aren’t able to get them because they can’t afford the multi-state journey, time off of work, or to cross a border checkpoint due to their immigration status,” Bracey Sherman stated.

“People who are incarcerated or being held in ICE’s cages have few options for any pregnancy health care, let alone an abortion,” she continued.

“It is tragic, not only because they have to remain pregnant when they don’t want to be while caring for the children they already have, but also because they’re doing it in a nation where the very politicians who forced them to do so can’t be bothered to enact nationwide paid parental or sick leave, create a national health system, or expand Medicaid.”

Bracey Sherman continued to paint pro-life legislators as people who make American life not worth living.

“They won’t treat trans children with respect, close the immigration jails caging families, protect children from being murdered in schools, or do anything about the Black and Brown people being killed by police every day,” she claimed.

“These aren’t separate issues: they’re the very things we weigh as we consider whether we’d like to bring another life into this nation,” she added.

“This is what reproductive justice is all about: the ability for all of us—especially communities of color—to be able to decide if, when, and how to grow our families, and be able to do so free from state sanctioned violence and coercion.”

Sherman’s statement is a knife to the heart of minority parents struggling to provide their children with happy childhoods. Instead of offering real solutions for struggling people of color, Sherman insinuated that they should think twice before giving birth to their kids.

Sherman undermined the value of each human person that is intrinsic regardless of his or her position in society. While Sherman voices sympathy for disadvantaged groups, she neglects the most vulnerable group: the unborn. Sherman trampled the rights and value of the unborn throughout her rant.

Unfortunately, Sherman’s stance advocating abortion for minorities is not a new position for the pro-abortion movement. The racist founder of Planned Parenthood, Margaret Sanger admitted that she wanted her eugenic motivations to go unnoticed, of course.

“We don’t want the word to go out that we want to exterminate the Negro population,” Sanger said.

Abortion significantly targets the black American population; 38.4% of U.S. abortions in 2019 killed unborn black babies even though black Americans are only around 14% of the population.

The abortion movement fails to view unborn babies as unique human beings with untold potential. Instead, they ascribe value to a baby based on his or her circumstances. Babies conceived in rape are of less value than babies conceived in a happy marriage. If a woman wants her child, he or she has intrinsic value. If not, it’s a clump of cells.

Now, we’re being told that if the baby belongs to a minority community, parents should consider aborting rather than bringing her up in the USA. But Sherman seems to have forgotten that people are not confined to the circumstances into which they are born. Indeed, Sherman seems to have forgotten that her own parents chose life for their own minority daughter and brought her into the world.