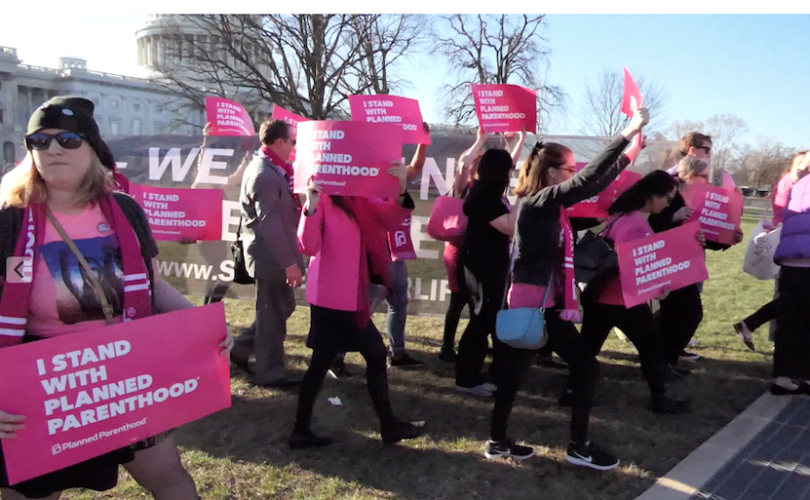 WASHINGTON, D.C., March 30, 2017 (LifeSiteNews) – A gaggle of abortion supporters blocked a “We Don't Need Planned Parenthood” banner after pro-life students surprised them at a rally for the abortion organization yesterday.

“The pro-life generation mobilized to be the voice for the 888 preborn boys and girls that Planned Parenthood” silences every day, SFLA President Kristan Hawkins said in a statement to LifeSiteNews. “We didn't allow them to have the rally they planned. At every chance we had, we asked Cecile Richards the hard questions. Some folks may not like the fact that we disrupted their rally, but I think that this was the best response we could have had today, especially in light of the horrific undercover video just released by the Center for Medical Progress.”

The Center for Medical Progress released their newest video the morning of the Planned Parenthood rally. In it, a Planned Parenthood abortionist who thinks she is talking to baby parts buyers discussed late-term abortion in graphic detail. She said whether a baby is considered born alive depends on “who’s in the room.”

At least four Planned Parenthood protesters followed Rev. Patrick Mahoney, pastor of Church on the Hill DC and a veteran pro-life activist, as he attempted to livestream the event on Facebook. They held signs in front of his face and phone.

There are more than 1,000 SFLA chapters at universities across the country.