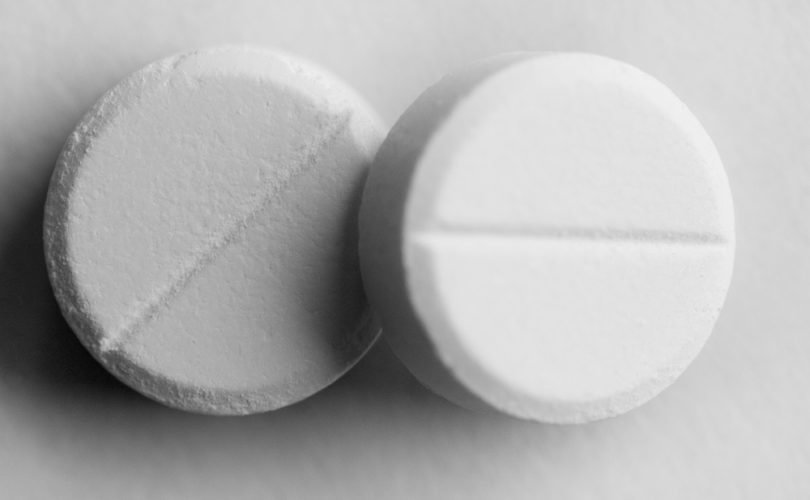 March 20, 2020 (LifeSiteNews) – As societies around the world cope with the spread of the coronavirus, pro-abortion activists in both America and Europe see travel bans and the closing of “nonessential” businesses as a pretext to demand easier access to chemical abortions.

Last week, President Donald Trump waived various regulations to give patients and physicians the ability to meet remotely via webcam, to allow “maximum flexibility to respond to the virus and care for patients” without having to meet in person and potentially spread the virus.

On Thursday, Vice’s Christine Grimaldi complained that the move didn’t extend to so-called “webcam” abortions, in which doctors dispense abortion pills long-distance, eliminating the “need” to leave the house and pick up the pills after an in-person medical consultation.

“Abortion is obviously a time-sensitive medical procedure. It’s not an elective procedure that can just be rescheduled a month or two later,” said abortionist Daniel Grossman, who directs the far-left Advancing New Standards in Reproductive Health (ANSIRH).

Yet the U.S. Food and Drug Administration’s (FDA’s) Office of Medical Affairs is holding firm, telling Vice in a statement that “certain restrictions, known as a risk evaluation and mitigation strategy (REMS), are necessary for mifepristone when used for medical termination of early pregnancy in order to ensure that the benefits of the drug outweigh its risks.”

Across the pond, activist groups such as Alliance for Choice, Abortion Rights Campaign, and Abortion Support Network are making the same demand of the European Union, the Society for the Protection of Unborn Children (SPUC) reported.

“The opportunistic advances now being made by the shameless pro-abortion lobby, during a time of fear, suffering and hardship for so many, exposes just how debased the pro-abortion ideology is,” SPUC director of communications Michael Robinson responded. “The pro-abortion lobby appears to be scrambling to exploit the current Coronavirus crisis. They are disregarding the genuine fear of so many people and are treating this crisis as an opportunity to further their pro-abortion agenda.”

“This national crisis is a time to ensure that as many lives as possible are saved, not to be plotting to kill even more innocent children in their mothers’ wombs,” he declared.

Pro-lifers argue that abortion pills aren't truly safe for women even when “properly taken,” and administering them without full medical supervision only increases the danger.

Although they “cannot with certainty be causally attributed to mifepristone,” the FDA warns that “as of December 31, 2018, there were reports of 24 deaths of women associated with Mifeprex since the product was approved in September 2000, including two cases of ectopic pregnancy resulting in death; and several cases of severe systemic infection (also called sepsis), including some that were fatal.”