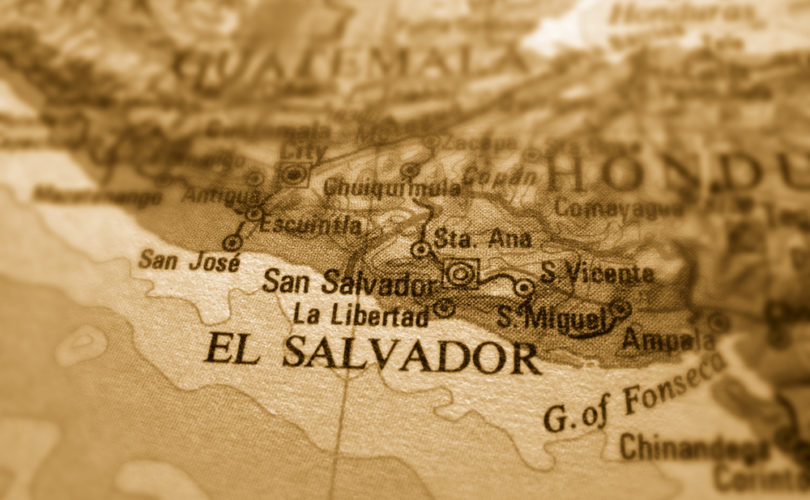 “Karen, Kathy, and Evelyn” were identified by Morena Herrera, an El Salvadoran abortion activist, as three of the women who were released. Their family names were not given.

Abortion activists refer to a group of 17 women imprisoned for murdering their children after they were born alive as “Las 17+,” and abortion advocates in El Salvador and Latin America use their cases to suggest that women are victims of no access to abortion.

The newspaper called one of the women Manuela, who was criminally charged in 2008 after it was discovered she had violently pulled out the umbilical cord of her child and threw the baby into a latrine, where the child died of suffocation in feces.

Although only the first names are given of the other three women, the names correspond to a list provided by Fundacion Vida SV, an El Salvadoran pro-life organization, that gives detailed documentation of the criminal proceedings of all the women included in Las 17+.

There are two Evelyns on the list, one of whom the pro-life organization says was recently freed from prison.

Evelyn Beatriz Hernandez Cruz was convicted with aggravated homicide after her newborn son was found dead at the bottom of a septic tank after living outside the womb for about 24 hours. He died of pneumonia caused by damage to the lungs from the incident.

A woman named Karina, which corresponds to Karen in English, was listed as free from prison. She was convicted of aggravated homicide after it was found that she strangled her newborn daughter.

Katherine Joceyln Mazariego Orellana, or “Kathy,” also was listing as being recently freed from prison. She left her child to drown after birthing the baby into a toilet.

Other babies who have been killed by women listed as part of Las 17+ were killed in ways just as gruesome or worse, including stabbings or being left to rot in plastic bags.

Celebrities and international governmental agencies such as the United Nations have tried to pressure El Salvador, one of the strongest pro-life countries in Latin America, into releasing the women who murdered their newborn children by using the Las 17+ group, framing the issue under the guise of women’s rights.

The Witherspoon Institute, which is an American research institute that specializes in issues of moral foundations in democratic societies, published an article in February 2020 that exposed how Western nations and advocacy groups use murderous criminals to push abortion rights. The article was written by Ligia De Jesús Castaldi, who is a professor at the Ave Maria University School of Law in Florida.

“American pro-abortion supporters, Western embassies and international human-rights bodies have taken part in the war against El Salvador’s full ban on elective abortion by supporting a fraudulent campaign that promotes impunity for infanticide in that country,” she wrote.

“According to pro-abortion advocates … female perpetrators of infanticide, not their children, are victims of human rights violations.”