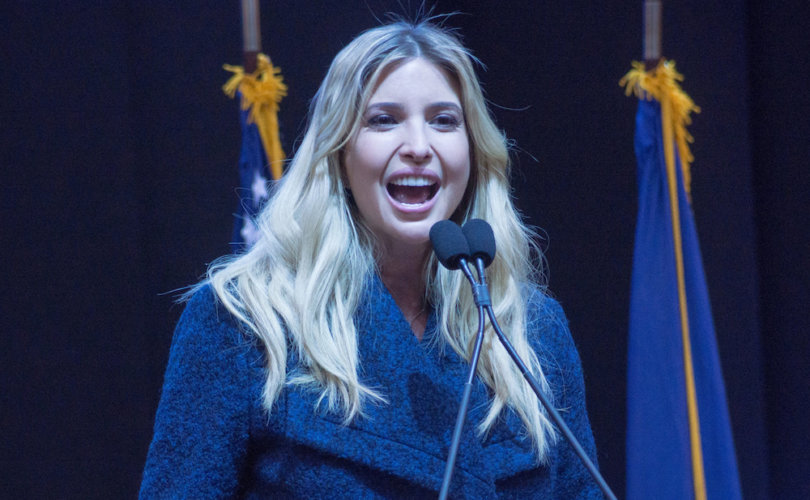 May 6, 2019 (C-Fam) — Though she is known to favor abortion rights, Ivanka Trump has tried to steer clear of the abortion debate in her role as Presidential advisor. Since her visit to Africa last week to roll out her signature economic initiative, however, abortion proponents have been taking the fight to her.

“We don't deserve Saint Ivanka, we really don't. Nobody asked Donald Trump's favorite child to devote her life to empowering women,” one abortion activist wrote for the Guardian. “Ivanka's superpower, inherited from her father, is that she believes her own spin. She seems genuinely to see herself as a champion of women — despite the fact that she has remained silent as her father has systematically attacked women's rights.”

The trip raises the question of whether Trump can thread the needle as privately pro-choice and publicly supporting her father's administration, which some have argued is the most pro-life administration in U.S. history. Pro-lifers, part of the President's political base, are vigilant as well. They remain concerned that her economic initiatives may allow loopholes that undermine the President's newly enhanced pro-life foreign policy, known as “Protecting Life in Global Health Assistance.”

In February the Trump administration announced a major economic empowerment initiative called the Women's Global Development and Prosperity (W-GDP) to help lift women out of poverty. The initiative, driven by Ivanka Trump, makes no mention of reproductive rights in its initial funding of $50 million. The President directed an additional $100 million in his 2020 budget proposal. Due to the expanded Mexico City Policy, groups previously eligible for this funding under the former administration will be ineligible for their involvement in abortion.

While noting the economic merits of the program some experts are incredulous that women can make progress without reproductive rights. “I believe among the most powerful instruments for women's financial empowerment is the power to select if and how many children they have,” said Charles Kenny, a senior fellow for the group Global Development.

Ms. Trump did not engage and kept to her own talking points.

“Fundamentally we believe that investing in women is a smart development policy and it is smart business,” she said in the Ethiopian capital of Addis Ababa. “Eighteen countries in the world still have laws that allow husbands to legally prevent their wives from working. Half of these countries are in Africa. We can and we must address these barriers to women's equality and countries' prosperity,” she said.

In West Africa, Trump worked to strike a bi-partisan tone, giving a keynote address at the first World Bank Women Entrepreneurs Finance Initiative (We-Fi), while joined by U.S. Senators Lindsey Graham (R-SC) and Christopher Coons (D-DE). The U.S. was a founding member of We-Fi in 2017. The partnership has invested $120M to take down barriers to women's access to work and the business sector through a partnership that includes 14 donor governments, eight multilateral development banks and public and private stakeholders, implemented through the World Bank.

The W-GDP initiative boasts the potential to help 50 million women by 2025 through education, skills training, microfinance opportunities and reform of restrictive laws denying women the right to work.