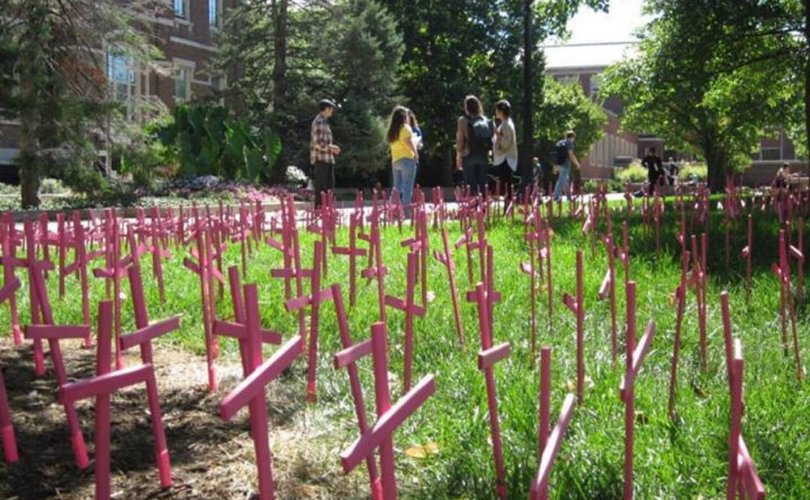 January 2, 2020 (LifeSiteNews) – More than 42 million abortions took place globally in 2019 according to the tracking service Worldometers, once again finding abortion to be the single largest cause of death across the planet for the year.

As of December 31, Worldometers had counted 42.4 million abortions, which is more than half the total number of deaths by every other cause (58.6 million). Abortions dwarfed every individual cause of death, including overall deaths due to disease (13 million).

The true total number of abortions may be either lower or higher, however, as Worldometers relies on health and mortality statistics from the World Health Organization (WHO), which in turn relies on estimates from the pro-abortion Guttmacher Institute.

“(O)f the 56.3 million global abortions Guttmacher estimates annually, no more than 10 percent can be officially accounted for and only 23 percent have any basis in empirical evidence,” Abort73’s Michael Spielman has written. “The other 77 percent are assumed based upon a complex statistical model that estimates” a variety of factors. Most significantly, Guttmacher “assume(s) a constant abortion rate that is unaffected by the legality of abortion,” potentially to sway the findings in favor of the abortion lobby’s claim that pro-life laws are ineffective.

Worldometers found similar numbers last year, leading left-wing outlets such as Snopes to attempt to minimize the news not by disputing the numbers but by arguing that abortion should not be considered a “cause of death.” Scientifically speaking, however, it is a settled biological fact that the embryos and fetuses destroyed by abortion are living human beings.

Worldometers tracks and estimates statistics in real time on a wide variety of subjects, based on data from sources such as the United Nations, WHO, International Monetary Fund (IMF), and more. It boasts recognition and citations from a wide variety of media outlets and academic works, as well as the endorsement of the American Library Association.

As of January 2, Worldometers has already counted more than 190,000 worldwide abortions so far in 2020.