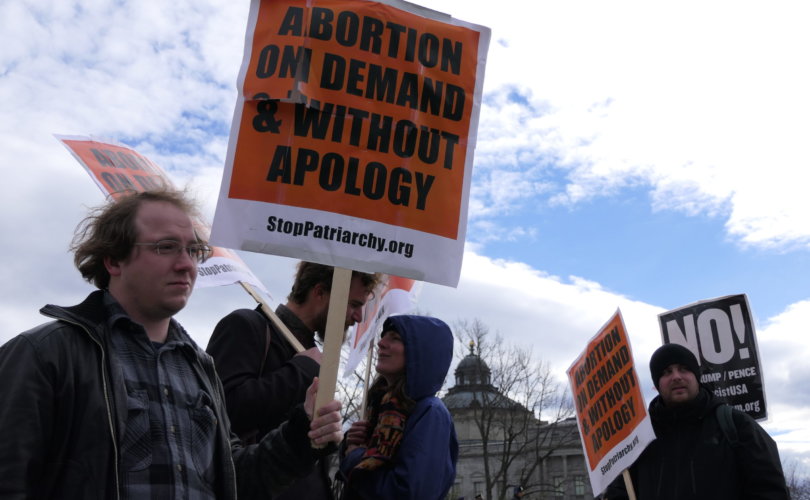 (LifeSiteNews) – Pro-abortion activists plan nationwide “emergency” protests next week in support of Roe v. Wade, in response to the leak of a draft opinion indicating the Supreme Court might finally be ready to reverse the notorious precedent.

Last December, the Court began consideration of Dobbs v. Jackson Women’s Health Organization, which concerned Mississippi’s HB 1510 law banning abortions from being committed past 15 weeks for any reason other than physical medical emergencies or severe fetal abnormalities. After its enactment in 2019, the Fifth Circuit Court of Appeals deemed it unconstitutional because of an “unbroken line dating to Roe,” the 1973 ruling which imposed on all 50 states a “right” to pre-viability abortion.

It remains unclear whether the draft represents a final decision to overturn Roe, a tentative decision subject to change, was prepared in anticipation of a majority to overturn, or was written in hopes of persuading Alito’s colleagues to sign on. Regardless, the leak has sent shock waves across the political spectrum, with pro-lifers tentatively rejoicing, pro-abortion politicians and activists lashing out in anger, and many speculating that the leak may have been intended to pressure judges to flip their votes, or to incite hatred and threats against them.

Regardless, the news has inspired pro-abortion activists to gather under the banner “Rise up 4 Abortion Rights” and announce a “National Week of Action” from May 8 to May 14, during which they will “raise hell” on “campuses, in workplaces, on social media, in the arts and the sciences, out in the streets, everywhere.” May 14 will see “major” protests in New York City, Atlanta, Austin, Boston, Chicago, Cleveland, Honolulu, San Francisco, and Seattle.

The organization claims the Supreme Court currently has a “fascist majority,” and that the prospect of overturning Roe is “an ATROCITY” (capitalization in the original). It urges participants to wear “the Green Bandana – the international symbol of abortion rights,” and suggests the slogans “Forced Motherhood = Female Enslavement” and “Abortion On Demand and Without Apology.”

Other events included high school walkouts and “die-ins,” protests that consist of dropping to the ground to pretend to be dead, to symbolize the activists’ supposed victimization, in this case presumably referencing the popular myth of pre-Roe “back alley” abortions.

More than a dozen other states plus the District of Columbia have laws on the books legally protecting abortion, at least three of which explicitly codify the practice as a “right.” Abortion would remain legal in those jurisdictions, as well as the remaining states that have not spelled out abortion’s status one way or another, but without Roe state residents would have the power to vote on the issue for themselves, or lobby their elected representatives to change the law in either direction. Pro-lifers in Congress could pursue a nationwide abortion ban, as well.

Much has been made of the potential political fallout of overturning Roe as well, with many predicting it will dramatically increase turnout for Democrats. But while the “Rise up” protests highlight the increased agitation of pro-abortion activists, overturn would be at least as much of a driver of renewed pro-life activity, as well.

If abortion policy could once again be directly decided through the elected branches of government, pro-life legislative and lobbying efforts would be all-but certain to increase dramatically across the country, with the issue prioritized even higher by activists and voters alike, heartened by finally seeing their decades of votes rewarded.