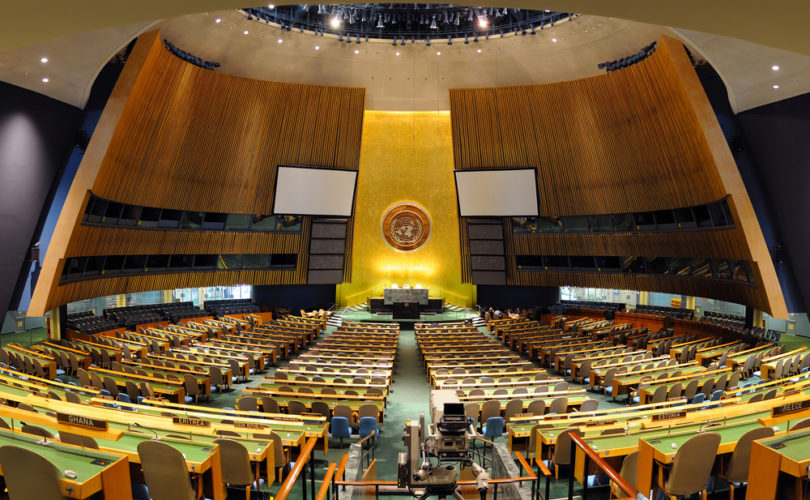 NEW YORK — Activists and governments that promote abortion and sexual rights see a new global scheme on development as an opportunity to change national policies.

Discussions are ongoing at UN headquarters after member states reached a partial agreement in December on a new agenda to replace the Millennium Development Goals (MDG). Negotiations begin next month on the substance and format, but an agreement on how the negotiations will occur still remains elusive.

Abortion groups have failed to gain ground on new norms in the draft development agenda. Like previous UN agreements, the 17 goals and 169 targets that UN member states adopted last year, called the Sustainable Development Goals, do not recognize a right to abortion.

Countries with laws protecting unborn children insist any mention of “sexual and reproductive health” or “reproductive rights” — terms frequently used as euphemisms for abortion — be qualified by references to agreements that recognize nations’ prerogative to prohibit abortion and rule out an international right to abortion, like the 1994 Cairo Conference on Population and Development and the 1995 Beijing Conference on Women.

These were once hailed as breakthroughs by abortion activists but have become a thorn in their side because of their explicit denial of any abortion rights. Any departure from the already agreed language that would give pretext to UN officials and activists to promote controversial social policies like abortion and homosexual and transgender rights—like the phrase “sexual and reproductive health and rights”—has been rejected in recent years.

UN Secretary General Ban Ki-moon, who promotes a right to abortion, published a report in December saying the goals need “technical proofing” by the UN bureaucracy he leads. This will be a chance to direct money and attention to programs and policies that strengthen abortion groups and their partners.

While a normative advance remains implausible, abortion groups have been furiously lobbying countries for a bigger piece of the pie. Sexual and reproductive health features prominently in two goals agreed so far, whereas there was no mention of them in the MDGs when they were first agreed. It was included later as a component of improving maternal health. In the new goals maternal health is not as prominent as in the MDGs.

The new goals also make “reproductive rights” a target. Reproductive rights were deemed impossible to measure in concrete outcomes when the MDGs were adopted. With their inclusion, activists will gain a further pretext to pressure governments into changing their abortion laws.

UN programs and specialized agencies are developing indicators to measure progress on the goals and targets once the post-2015 development agenda is agreed. Indicators on reproductive rights could include issues like abortion, artificial insemination, the morning after pill, lesbian, gay, bisexual and transgender rights and other controversial issues. Activists funded by the European Union have already proposed such indicators.

Like the MDGs, the new goals will have a 15 year expiration, and focus foreign aid on specific goals and targets. Total official development assistance has hovered at just over $130 billion in recent years, of which roughly $25 billion go through UN programs, agencies, and funds.

The Summit to adopt the new development agenda will be held in September. That same weekend Pope Francis will be in the United States for the World Meeting of Families, and is expected to address the Summit.