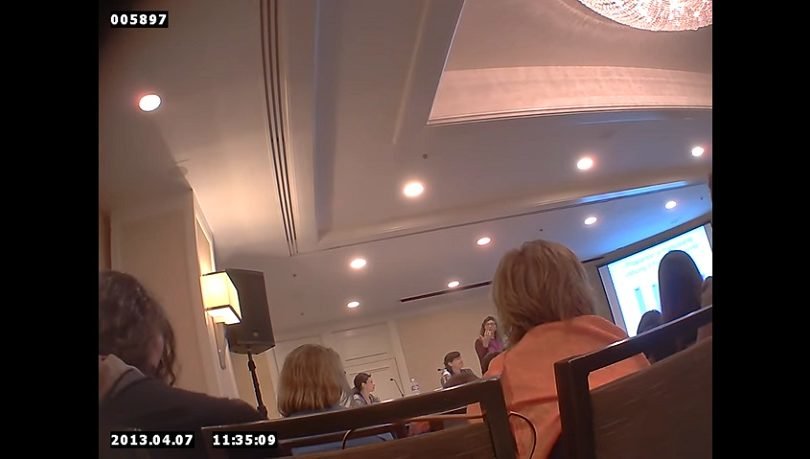 SAN FRANCISCO, October 27, 2015 (LifeSiteNews) – An undercover video of the National Abortion Federation caught the owner of a chain of abortion facilities saying that burning aborted babies' bodies for energy is “a great idea” and “a really good solution” for society.

The remark came during a panel on “fetal disposition” – disposing of the bodies of aborted babies – at the NAF's 2014 annual convention in San Francisco.

During a Q-and-A session, a Canadian abortionist announced, “Just before I came I had to handle some media” requests dealing “with a big, sort of, explosion of the incineration of fetal [tissue] and stillbirths.” Canadian media had learned that aborted babies from Canada were being shipped to Portland, Oregon, where they were being burned for energy.

“It seems like a really good solution,” replied Renee Chelian, who owns three abortion facilities in the greater Detroit area.

“It's a potential PR nightmare,” Chelian continued. “I mean, nobody wants to know where the kneecaps are going.”

She later repeated, “It's a PR nightmare for us. It would be on the front page of the paper: 'Fetuses are being used for energy.'”

“I mean, I think it's a great idea, but –” she said, before the Canadian abortionist resumed talking.

“I don't know about the rest of you, but certainly ours is going to Portland. The facility is a waste energy facility,” the female Canadian abortion provider affirmed.

However, she believed that she managed to bury the story by misleading the press.

“I've basically got the reporter spinning in so many details that she probably thinks, 'It's too complicated. Never mind!'”

She, and the room of abortionists, then burst out into laughter.

“We're afraid to tell the truth,” Chelian said, a common thread in the NAF conference, where other abortionists confessed they kept quiet “to protect the pro-choice movement.”

Their tactics did not suppress the story, which was broken by LifeSiteNews reporter Steve Weatherbe in the B.C. Catholic last April 21, exactly two weeks after the CMP video was recorded.

The British Columbia Health Ministry confirmed to him that “biomedical waste,” including “fetal tissue,” was shipped to the Portland, Oregon, area. “There it is incinerated in a waste-to-energy plant,” the ministry wrote.

But a former employee, Bud Waterman, said that officials “had to know” the facility was generating power by burning babies' body parts.

The Marion County Board of Commissioners put a stop to the practice in a special session just two days later.

The Portland story came just one month after The Daily Telegraph revealed that more than 15,500 aborted babies had been burned to heat British hospitals. The UK's National Health Service put a stop to that, and then-Health Minister Dr. Dan Poulter called the practice “totally unacceptable.

The NAF video, which was taken by the Center for Medical Progress at NAF's annual conference last April 7, is one of 11 undercover abortion industry videos leaked to an online news site and posted on YouTube by a hacker.

The discussion begins at approximately 16:20 of the video.