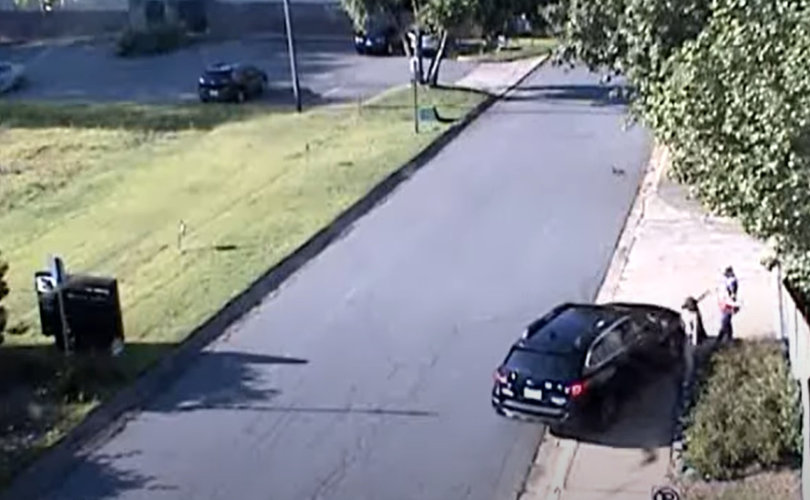 LITTLE ROCK, Arkansas (LifeSiteNews) — The owner of an Arkansas abortion facility has been arrested on charges of assault after she allegedly tried to run over praying pro-lifers.

One of the owners of Little Rock Family Planning Services, Natalie Tvedten, has been charged with two counts of assault in the First Degree, according to documents from the Little Rock Police Department obtained by Family Council on Tuesday via the Freedom of Information Act.

City Camera video footage from the July 13, 2021, incident shows the two pro-life women, Denise Shewmake and Kimberly Puska, standing close to the curb of a driveway of the abortion facility. Shewmake said Puska told her to watch out, at which point she turned around to see Tvedten drive over the curb, nearly hitting Shewmake and forcing her to jump back to avoid being hit.

The police report notes that Tvedten’s car “ran partially onto the curb and the sidewalk.” In the footage one can see Tvedten approaching the women at a direct linear angle, rather than pull into the driveway with an ordinary right turn.

According to the police report, Tvedten said she “did not see them when she almost hit them, saying she told them on previous times not to stand in the driveway.”

However, Shewmake told police that Tvedten “drives close to her and others frequently,” and that she “has threatened to run over people in the past.” She also told a detective in a separate interview that Tvedten “yells and curses at them that she will run them over if they are ever in her way.”

Video footage captured in September 2021 shows a car abruptly stop in front of a woman as she is crossing the facility’s same driveway. A Little Rock Police Department Report from that day documents a complaint by Becky Matthews that Tvedten “drove up” on her “and started to yell obscenities at her.”

In fact, there are multiple other police-documented incident reports of complaints against Tvedten accusing her of nearly running over other pro-lifers, spanning several years: One was filed by a man in 2018, claiming Tvedten had grazed his foot with the tire of her car; and one from June 18, 2020, accuses Tvedten of nearly running over pro-lifers on various occasions.

Tvedten’s charges amount to a Class A misdemeanor, which in Arkansas is punishable by a fine of up to $2,500 and up to one year in jail.

On March 9, 2021, Arkansas signed into law a total abortion ban only allowing exceptions to save a mother’s life, but the law’s effect was hindered on July 20, 2021, when a federal district judge temporarily enjoined state officials and a prosecuting attorney from enforcing the ban against Little Rock Family Planning Services and other abortion providers.

Below are the documents Family Council obtained from the Little Rock Police Department (LRPD) via the state’s Freedom of Information Act: