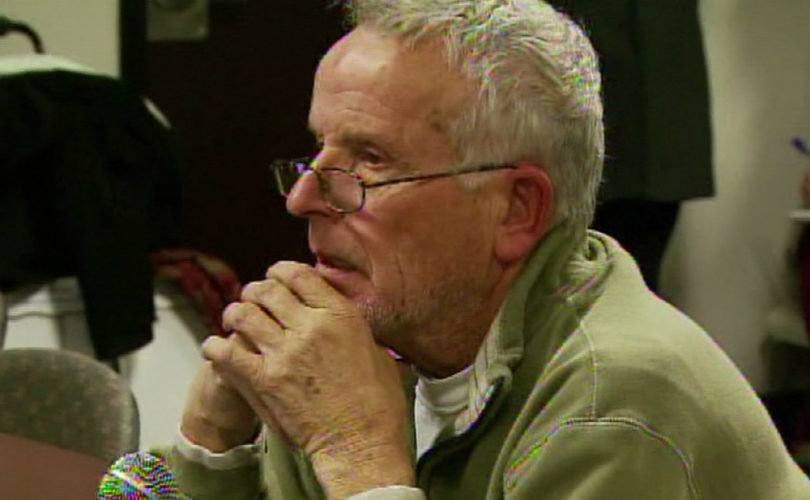 The Women's Pavilion is associated with controversial abortionist Dr. Ulrich 'George' Klopfer, who is facing charges for failing to report potential statutory rape to authorities in a timely manner.

SOUTH BEND, IN, February 20, 2015 (LifeSiteNews.com) – A troubled abortion facility near the University of Notre Dame may lose its license after Indiana state officials uncovered dozens of violations that they say the clinic refuses to correct.

The Women's Pavilion is the abortion facility associated with controversial abortionist Dr. Ulrich “George” Klopfer, who is facing criminal charges for failing to report potential statutory rape to the authorities in a timely manner. In the past, the facility had been cited for keeping biological material in the same refrigerator as medication.

During an inspection last October 28 and 29, inspectors from the Indiana State Department of Health (ISDH) found that the facility had violated 27 separate state regulations. State officials said the facility's “noncompliance is detrimental to the welfare of” women who obtain abortions there.

The 48-page report of the abortion facility's deficiencies, which was obtained by the South Bend Tribune, states that “Women's Pavilion failed to implement written policies and procedures for surgical abortion services according to appropriate standards of medical and patient care.”

Nor had it developed appropriate policies for “the use and storage of chemical substances, disposal of surgical waste and similar material, and general housekeeping precautions.”

“Women's Pavilion failed to provide drugs and biologicals in a safe and effective manner in accordance with accepted professional practice related to the handling and storing of expired medications or patient care supplies,” the report states.

The quality of the people assisting the abortionist during these medical procedures was also called into question, since Women's Pavilion did not perform annual competency assessments of workers.

Half of the women (15 of 30) who had abortions were not monitored by another qualified worker while they were under sedation, aside from Dr. Klopfer, ISDH said. Post-abortive women were never supervised by qualified workers during recovery time.

Although its lab performs lab work, it has no certificate.

Officials demanded the facility immediately address each of these issues and present a plan to assure they do not recur.

ISDH officials sent a copy of the report to the South Bend offices on December 9, but in a follow-up letter sent on January 6, they say that the facility had yet to respond with an acceptable plan of correction.

Unless management take action, they would file a complaint to initiate revoking the abortion facility's license, they warned.

On January 28, ISDH filed a complaint asking to have the state shut the Women's Pavilion down.

“Furthermore, the long history of these violations shows a disregard for the law that should be of great concern to our community,” the group said.

A legal cloud also hangs over the head of its abortionist, Dr. Ulrich “George” Klopfer, who is one of four Indiana abortionists who could lose their licenses over reporting violations.

Klopfer performed abortions for three separate 13-year-old girls and failed to report them in accordance with a state law designed to catch child molesters. Under state law, no child under the age of 14 may grant consent to sexual activity, so pregnancy is considered a red flag for sexual abuse.

Under state law, abortionists must report abortions for girls under 14 within three days. Klopfer waited months.

Klopfer will stand before the Indiana Medical Licensing Board on March 26 for not reporting abortions he performed on 13-year-old girls in Gary and South Bend. A third 13-year-old patient in Fort Wayne saw her abuser, Ronte Laquan Latham, charged with molestation after her case finally came to light.

Klopfer faces misdemeanor charges for the South Bend abortion failure. However, the St. Joseph County Prosecutor's office entered a pre-trial diversion that would allow Klopfer to have all charges expunged from his record by December if he pays $330 in fines, does 24 hours of community service, and does not commit additional crimes or move without informing the office.

Klopfer's failure to report child molestation for months, as well as other reporting peculiarities, was uncovered by citizens with the Indiana Right to Life, who lodged more than 1,200 complaints with the state.

In response to Klopfer's practices, St. Joseph County considered a local ordinance requiring all abortionists to have admitting privileges at a nearby hospital, modeled after a similar Texas law that shuttered the vast majority of the Lone Star State's abortion facilities.

“This also shows a clear need for oversight of our local abortion provider. This oversight could be facilitated by local ordinance 69-14, the Patient Safety Bill, which is now before the St. Joseph County Council,” St. Joseph Right to Life said. “This ordinance will help ensure that abortionists in our community will be held to a higher medical standard in the future. Like other outpatient surgical centers, abortion providers need to be held to high medical standards to protect the health and safety of their patients.”