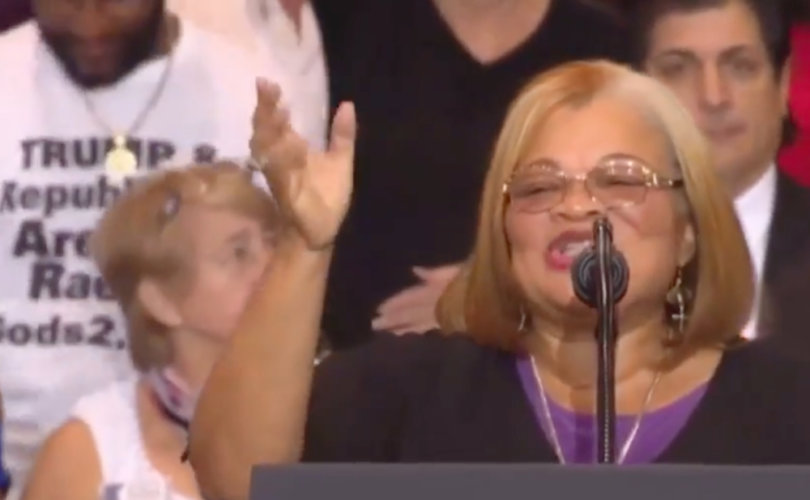 In March, the nation’s highest court will hear arguments in June Medical Services LLC v. Gee, which concerns Louisiana’s requirement that abortion centers make arrangements for admitting women to nearby hospitals in cases of life-threatening complications. The abortion industry’s attorneys argue the law is no different from the Texas law the Supreme Court struck down in 2016’s Whole Woman’s Health v. Hellerstedt; pro-lifers argue that not only was Hellerstedt wrongly decided but that the Louisiana law is different from the Texas one.

“Until Act 620, Louisiana’s abortion clinics were exempt from the admitting privileges requirement that applies to other outpatient and ambulatory surgical centers in the state,” the brief argues. “This disparity is significant to black women, who make up the majority of abortion clinic patients and thus bear most of the known risks of abortion in Louisiana. These known risks are life-threatening to mothers.”

The brief notes that the Louisiana law was partly a response to the Kermit Gosnell scandal, in which the grand jury found that “white women were attended to by a doctor(,) and black women were pawned off on clueless untrained staffers.” Gosnell was black but believed “that’s the way of the world,” according to the testimony of a former employee.

The brief also details numerous deaths of black women from abortion complications, which “are part of a long history involving unqualified and uncredentialed abortion providers disproportionately harming black women.” The admitting privileges mandate in Louisiana, however, “created a means for reports about individual doctors to be checked against a national database — for the benefit of all patients, of all races, equally.”

Other pro-life briefs in the case have been filed by the Trump administration, American Freedom Law Center (representing Priests for Life and Rachel’s Vineyard), and more than 200 members of Congress.

The case is likely to at the very least impact the Hellerstedt precedent, which has been used to invalidate a broad range of modest abortion regulations as “undue burdens” on women. It remains to be seen whether the court takes the opportunity to make a broader determination on the underlying legitimacy of Roe or Planned Parenthood v. Casey, which force all 50 states to permit most abortions.

Roe is largely defended not on its legal merits (numerous pro-abortion legal minds, including Justice Ruth Bader Ginsburg herself, have acknowledged the ruling’s flaws), but on its status as precedent, with the contemporary interpretation of the stare decisis doctrine holding that Roe’s lengthy history staying on the books grants it added weight. Justice Clarence Thomas has forcefully rejected such arguments; it remains to be seen how Chief Justice John Roberts or President Trump’s two SCOTUS appointees, Neil Gorsuch and Brett Kavanaugh, will weigh Roe’s precedent versus its substance.

Either way, a ruling in the case is likely to be handed down during this already-contentious election year, in which abortion and judicial nominations will be major issues for both Trump and the Democrat nominee.