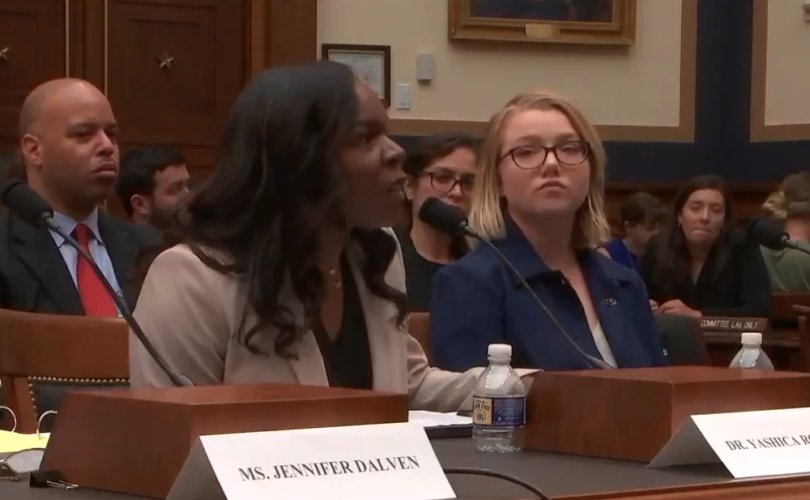 WASHINGTON, D.C., June 11, 2019 (LifeSiteNews) – During last week’s Democrat House committee hearing purporting to assess the future of “reproductive rights” in America, the medical director of a controversial Alabama abortion facility suggested that attempting to resuscitate newborn babies with fetal anomalies would be a “waste of resources.”

Dr. Yashica Robinson, an OB/GYN and medical director of Alabama Women's Center for Reproductive Alternatives (AWC), was testifying before the U.S. House Judiciary Committee to advocate for the continued availability of abortion in Alabama, which recently enacted a near-total abortion ban.

In comments highlighted by the pro-life group Susan B. Anthony List, Robinson claimed that most third-trimester abortions were for babies that could not survive outside the womb anyway. She claimed that leaving healthy infants to die does not happen, and current laws suffice to deter it (in fact, abortionists have been filmed admitting they would commit it, and current federal law lacks specific criminal penalties for withholding treatment from a newborn after a failed abortion).

However, Robinson went on to say that while she would transfer a healthy newborn to a hospital after a failed abortion, trying to save a severely unhealthy one wouldn’t be worth the time or money.

“For those that are born because of fetal anomalies, they can’t live outside the womb, so I would be against implementing any heroic measures in transferring to the hospital. It would be a waste of resources,” she said.

According to OB/GYN Dr. Yashica Robinson, babies with anomalies who survive #abortion attempts should not be cared for because it would be a “waste of resources.”

No baby �� is a waste of resources, Dr. Robinson. pic.twitter.com/QYdXMPxU0l

Despite Robinson purporting to speak from a position of medical authority, she and AWC have a troubled medical history. In 2013, health inspectors found that her facility had failed to fully clean procedure tables and blood pressure cuffs between patients, failed to remove expired medications, and may not have been complying with the state’s ultrasound informed consent requirement. The next year, Robinson was indicted for allegedly fraudulently billing Medicaid over $60,000 for misbranded intrauterine devices (IUDs).

AWC also faces a wrongful-death suit by a man whose preborn child was killed there despite his pleas to his girlfriend to let their baby live.