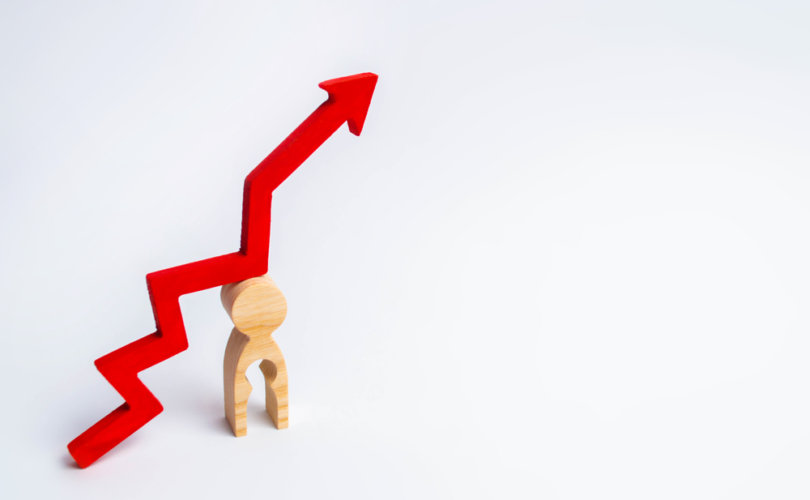 (LifeSiteNews) – Abortion was the leading cause of death worldwide last year, with about 43 million abortions performed in 2021.

According to Breitbart, the data comes from Worldometers, a website dedicated to providing global statistics on everything from money spent on phones to the global death toll. The website compiles data on abortion from World Health Organization (WHO) reports. The statistics compiled Worldometers do not include abortion as a death.

The official count stands at 42,640,209 babies killed in abortions last year, accompanied by another 58.7 million deaths in 2021 from other causes. Including abortion, the number of deaths that occurred last year surpass 100 million, of which about 42% can be attributed to abortion.

Among the other causes of death that Worldometers covered, 13 million were attributed to communicable diseases, of which about 3.5 million were linked to COVID-19, though the attribution has been called into question. Another 850,000 deaths were attributed to water-related illnesses, about 500,000 to the seasonal flu, about 400,000 to malaria, and 300,000 to childbirth. Also noted were 8.2 million deaths related to cancer last year, 5 million from smoking, 1.7 million from HIV/AIDS, and 1 million suicides.

This marks the third year in a row in which abortion has been found to be the top cause of death worldwide, with the number of abortions that occurred in 2020 totaling 42.6 million. In 2019, there were 42.4 million abortions performed worldwide.

The data surrounding abortion was highlighted last year at least in part because of the Dobbs vs. Jackson case at the Supreme Court (SCOTUS) dealing with a Mississippi heartbeat law. SCOTUS also upheld the Texas Heartbeat Law in September.

Accompanying both laws are a series of heartbeat laws on the state level. This has led the Guttmacher Institute, a pro-abortion advocacy group, to comment that 2021 was “the worst year for abortion rights in almost half a century.”

According to the WHO, the number of abortions performed per year is between 40 million and 50 million, with about 125,000 abortions per day, of which about 3,000 are performed in the United States. About 63 million babies have been killed in abortions in United States since the Roe vs. Wade decision in 1973.

The current abortion count for 2022 comes to about 766,000, with the number going up by about two every second.