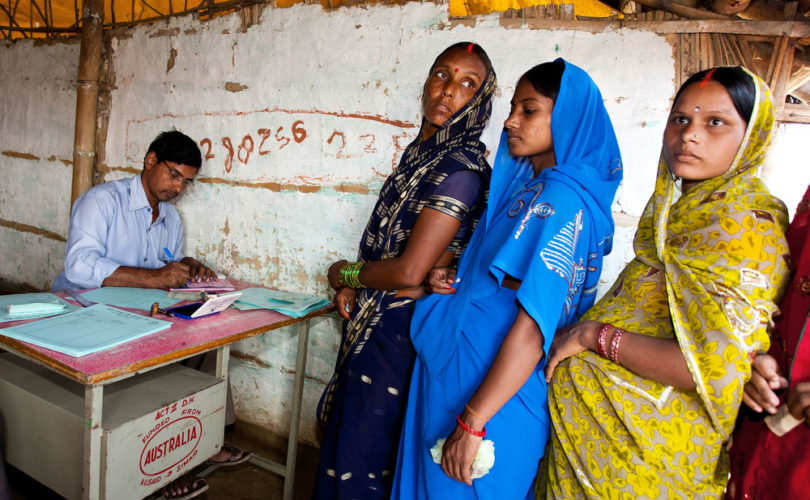 NEW YORK, December 24 (C-Fam) After losing UN policy space they dominated during the past decade, abortion groups are trying once more to cannibalize the attention devoted to maternal health in UN policy.

Abortion groups are trying to muscle their way into the policy conversation they thought they dominated until recently. They are clamoring for “unsafe abortion” as a measure of success on maternal health in the Sustainable Development Goals—a new UN agreement with universal social, economic, and environmental goals that will control billions of dollars in development aid in the next decade.

Over a dozen abortion groups participated in a UN consultation last month, asking for this change. For abortion groups and international agencies wherever abortion is illegal it is considered “unsafe” and therefore detrimental to maternal health.

The November consultation was obtained thanks to countries that shared the concern of the Holy See that the UN development agreement would be used to promote abortion. In the online consultation they specifically asked that abortion be kept out of the statistical indicators that will flesh out how progress on the goals will be measured, and therefore what policies and investments should be made to implement them.

Abortion groups pushed back in a different direction.

They are upset that the UN framework for maternal health—an area where they made significant gains in the past decade— is being completely overhauled, and everything is up for grabs. Moreover, the Sustainable Development Goals once again shut out a right to abortion.

The international division of Planned Parenthood was among those asking to disaggregate data on maternal deaths by cause, including abortion.

Marie Stopes, the world’s largest abortion provider asked for an indicator specifically on “unsafe abortions per 1,000 women of reproductive age.”

Some of the groups were open about their aspirations.

The International Campaign for Women’s Right to Safe Abortion, was one of several groups that said deaths due to unsafe abortion resulted from women being “denied access to safe abortion services by the criminal law in their countries.” One US based group even claimed that changing laws to allow abortion could “immediately” prevent 26,000 deaths from unsafe abortion each year.

While abortion groups asked to disaggregate the data on the causes of maternal deaths, groups that work specifically on improving maternal health did not flag this as important, highlighting instead how other statistical indicators are needed.

The International Coalition for Advocacy on Nutrition, which includes maternal and child health groups like 1000 Days, asked that an indicator on anemia be included under the new UN goals explaining how anemia contributes to 20% of all maternal deaths, but is not factored in traditional approaches to maternal deaths, or even the principal causes of maternal death.

Other groups asked to continue to monitor access to prenatal care and skilled birth attendants, as the UN did under previous maternal health frameworks.

Maternal health data across regions and across the North-South divide shows how all causes of maternal mortality decline over time when the right investments in maternal health are made—antenatal care, skilled birth attendants, emergency obstetric care, and nutrition and hydration.

These are the interventions that have been found to reduce all major causes of maternal deaths, including complications resulting from hemorrhaging, hypertension, infections, and abortion. Disaggregating data will not change what maternal health interventions actually save lives.

This article is re-published with the permission of C-FAM. org.

The hidden agendas within the Sustainable Development Goals