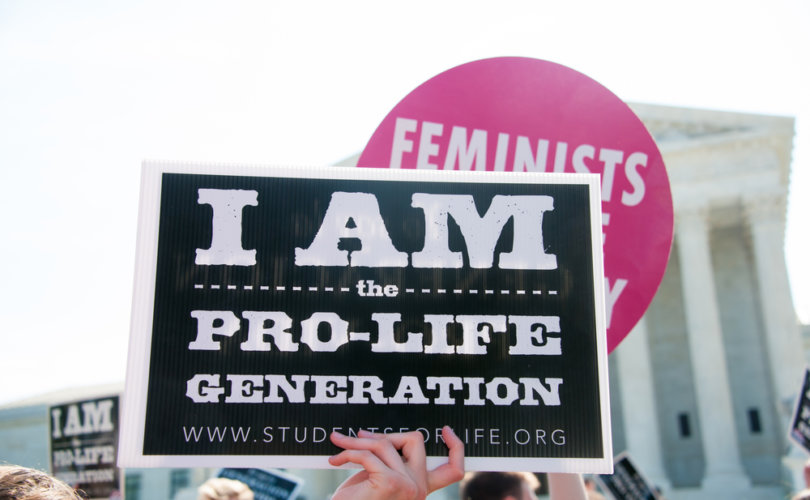 ORLANDO, Florida, October 23, 2018 (LifeSiteNews) – The pro-life cause is gaining momentum in the United States with a growing number of American adults – and particularly millennials – now saying abortion is a sin, a recently conducted poll reveals.

In its 2018 State of Theology survey, Lifeway Research surveyed 3,000 adults for Ligonier Ministries and found that a 52 percent majority of American adults now consider abortion a sin, up from 49 percent two years ago.

“Regular churchgoers are even more emphatically opposed to abortion, with 79 percent of them saying that abortion is a sin,” said Dr. Stephen Nichols, chief academic officer of Ligonier and president of Reformation Bible College.

According to the survey, pro-life support is strongest among the 18- to 34-year-old age group, which expressed 57 percent support for the idea that abortion is a sin. Millennial support is growing, up from 50 percent only two years ago.

Pious Americans were also more likely than other adults to say sex outside of a traditional marriage is sinful. While 51 percent of all adults believe sex outside of marriage is a sin, support for that view jumps to 76 percent among regular churchgoers.

“This points to the important worldview impact of going to a faithful church,” said Nichols.

The survey of American attitudes toward sexual mores and the faith indicates the mainstream media greatly exaggerates public support for social liberalism. Most people who responded to the survey had views that were in line with many biblical ethics.

More than three quarters of Americans agree that God created mankind male and female and a slim majority think gender identity is not a matter of choice, disagreeing with transgender activists.

“These survey results may surprise some people, but pro-life beliefs have definitely been gaining ground in recent years,” said Dr. R. Albert Mohler Jr., a teaching fellow at Ligonier Ministries and the president of The Southern Baptist Theological Seminary.

“Pastors and local churches have played a big part in this by teaching about the sanctity of human life,” he said. “Ultrasound images plainly show the humanity of the child in the womb, and they are provoking the consciences of Americans. Christians are playing a lead role in providing counsel and practical care for those in need.”

Abortion is an anti-sacrament, concocted by Satan to serve his counter-church

Here’s why previous popes disagreed with Francis: abortion is greatest of all human rights issues