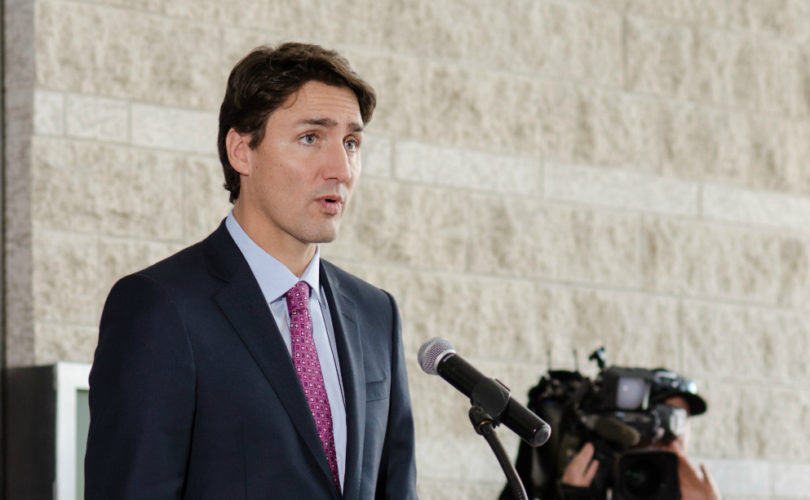 OTTAWA, June 19, 2015 (LifeSiteNews) — At his final press conference closing out the current parliamentary session Justin Trudeau reiterated that abortion is a priority of his Liberal Party.

Asked how he would make sure abortion is available to women in rural parts of Canada, Trudeau said, “I will of course engage with the premiers to ensure that the Canada Health Act is respected, that people have access to a full range of medical services in a responsible and fair fashion, and that includes access to reproductive services and abortion.”

Commenting on Trudeau's statement, Brian Lilley of TheRebel said that “the Liberal leader made it clear that abortion is one of his priorities.”

Lilley noted the contradiction that the Liberals are in favor of private abortion centers, but howl in protest at the idea of private clinics that provide hip replacements or heart surgery.

“Most of the media are very much in favour of abortion or don't want to talk about it at all. So Trudeau raises this issue, he gets to push his agenda.”

“But did you ever notice they never talk about making sure that you can get a hip replacement, that you can get heart surgery, that he's going to force that? No. For progressives it's always about abortion.”

He pointed out that there was no outcry from the Liberals against the abortionist who was chastised by the College of Physicians and Surgeons of Ontario for “widespread practice failures of infection control and prevention of infections, lack of even the most basic standards of decontamination, sterilization and cleanliness,” an “insensitive approach to communication” and a “failure to understand the physical and vocal responses of your vulnerable, sensitive and distressed patients.”

“He was getting close to being the Canadian equivalent of a Gosnell,” Lilley said. “A man who ran a filthy clinic, who didn't meet the standards and put women's lives in danger. … You know that if this was a private clinic that dealt with anything else there would be calls for government action on provincial and federal levels. But with abortion … let's not talk about the story.”

“For [Trudeau] this is an issue he loves, it's an issue he wants to campaign on, it is his real priority come the October election,” Lilley concluded.

‘#No2Trudeau’: 850 Canadian youth learn about the power of their vote to oppose abortion