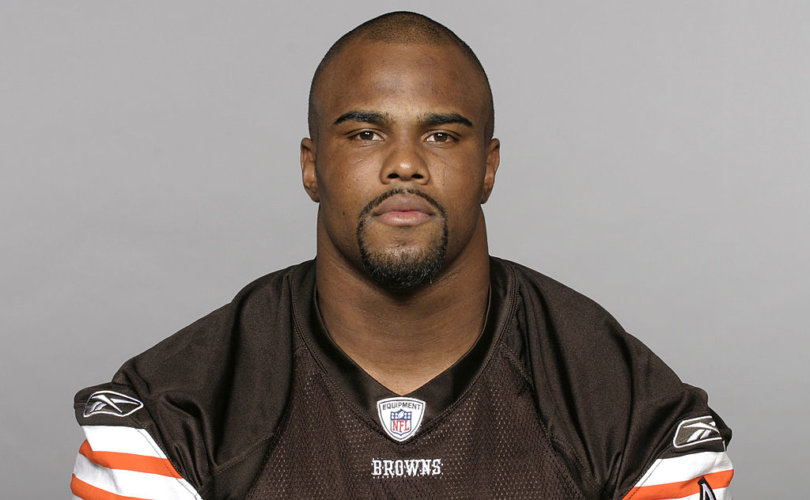 (LifeSiteNews) — Former NFL defensive end Kenyon Coleman recently shared his unwavering pro-life stance, which he revealed has been shaped by his personal experience with abortion.

“[Abortion is] taking a life,” he told Live Action during a man-on-the-street interview. “I think that our culture has tried to turn it into a medical procedure and desensitize people but, you know, life is life, and whether it’s in the womb or to the tomb.”

“I think that if we can get more people educated on what abortion actually is, then I think people’s perception would change. We’ve turned it into something political and to me, it’s not a political issue, it’s a life issue,” said Coleman, who played, among other teams, for the Dallas Cowboys.

Coleman explained that his 100% pro-life stance, with no exceptions for babies with a disability, or babies conceived in rape and incest, has been influenced by his own experience. He shared how he got his girlfriend pregnant in college, and felt he “had a right not to have” their baby, because his girlfriend had been with another man.

“But the aftermath and the consequences and the shame, and stuff like that … The thing is that if someone has had an abortion, you know, there’s definitely … you don’t want to carry around guilt and shame your whole life. We’ve all fallen short in areas of our lives, but you can’t right a wrong with two wrongs. To me, there might be unplanned pregnancies, but there are no unplanned lives,” he said.

He later added, “The unfortunate thing, when you go against God’s moral code, there are consequences for that. [T]hrough that experience of getting an abortion, the psychological effect, the mental effect, the emotional effect it had towards me caused collateral damage.”

Coleman pointed out that because of misrepresentations of who God is, and “because the Bible’s been taken out of context, people believe either that God “doesn’t exist,” or that “He’s this cruel moral leader.”

“But at the end of the day, God is a Father, and He loves His creation, and there’s the invitation for us to become a part of His family. And a good Father makes rules, not to control His children, but to protect His children,” he continued.

Coleman believes in protecting human life from the moment of conception, when a new human life comes into existence.

After watching Live Action’s Baby Olivia video explaining prenatal development, he commented that “the fact that God has created every detail about us and the fact that at the moment of conception, all the DNA and the gender and certain traits that we’ll have, that they’re already there — to me that’s profound.”