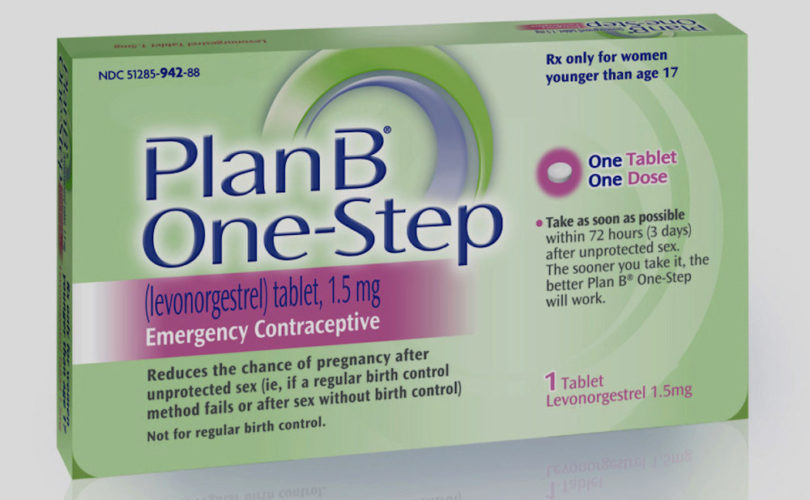 October 31, 2018 (LifeSiteNews) – As Kanye West speaks his mind about an expanding range of cultural topics, representatives of the abortion industry are pushing back against the newly-religious rapper’s comments about the contraceptive drug Plan B and its abortifacient capacity.

During a recent interview for his new album Jesus Is King, West declared, “Democrats had us voting for Democrats with food stamps for years. What are you talking about guns in the 80s, taking the fathers out of the home, Plan B, lowering our votes, making us abort children.”

“Plan B emergency contraception is a safe and effective backup option when used as directed after unprotected sex or birth control failure,” Foundation Consumer Healthcare claimed. “Plan B helps prevent pregnancy before it starts by delaying ovulation. Plan B is not an abortion pill – it will not harm an existing pregnancy and it will not be effective if a woman is already pregnant.”

“As Black women, we make our own decisions about our bodies and pregnancies, and want and deserve to have access to the best medical care available,” a representative for Planned Parenthood added. “Misinformation like this is meant to shame us and keep us from making our own healthcare decisions. Black women want and deserve support and access to the full range of reproductive health care, but this persistent lie is threatening our ability to obtain it.”

The U.S. Food and Drug Administration’s online guide to birth control methods admits that while so-called “emergency contraception” pills ostensibly prevent fertilization by preventing egg release, they “may also work (…) by preventing attachment (implantation) to the womb,” resulting in the death of an embryonic human being.

“If Plan B is taken five to two days before egg release is due to happen, the interference with the LH signal prevents a woman from releasing an egg, no fertilization happens, and no embryo is formed,” Dr. Donna Harrison of the American Association of Pro-Life Obstetricians and Gynecologists explained. However, if the pill is taken during the “two-day window in which embryos can form but positive pregnancy tests don’t occur,” studies indicate it “has a likely embryocidal effect in stopping pregnancy.”

Kanye’s pro-life comments, which are part of a broader religious awakening the rapper has openly discussed in multiple interviews, are a stark departure from his past songs referencing abortion flippantly, and past use of sex-selective in-vitro fertilization to have a son.

Jesus Is King has been projected to debut No. 1 on Billboard’s Top 200 chart for its first week. As is often the case with faith-based or right-of-center content, reviews indicate a disconnect between favorable audience scores and middling critical reviews.