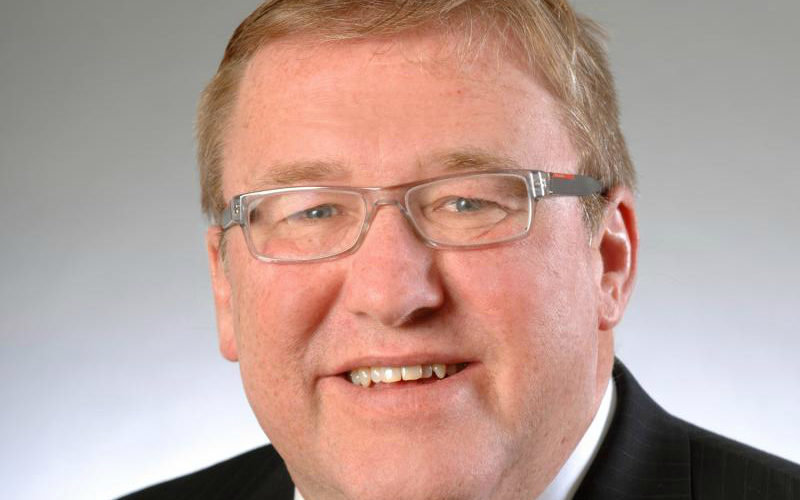 Rick Hodges, Director of the Ohio Department of Health

The state of Ohio has granted Planned Parenthood a variance so it can keep the last abortion facility in Cincinnati open for business despite breaking state law for ambulatory surgical centers.

The variance is all the more unusual since the figure who granted it, Ohio Department of Health Director Rick Hodges, has been described as leading a “witch-hunt” against state abortion facilities.

Hodges and ODH decided to allow the last abortion facility in Cincinnati, the Elizabeth Campbell Surgical Center on Auburn Avenue in Mt. Auburn, to continue operating although it is violating a state law requiring all abortionists to have admitting privileges at a private hospital within 30 miles. Instead, the facility secured agreements from four doctors to care for women who are injured as a result of a botched abortion.

“This ruling will ensure that women in Southwest Ohio continue to have access to safe and legal abortion,” Jerry Lawson, CEO of Planned Parenthood Southwest Ohio, said following the announcement.

Planned Parenthood sued the state, saying that it had a transfer agreement with the University of Cincinnati Medical Center, but a law signed by Gov. John Kasich said no taxpayer-funded health care facility could extend such privileges to doctors who perform abortions. With the variance, Planned Parenthood has dismissed its lawsuit against ODH.

State pro-life leaders say having a court case dismissed is not worth the price that will be paid by Ohio's unborn and their vulnerable mothers.

“To avoid a lawsuit, the Ohio Department of Health has catered to the abortion industry and thus ensured continued wounding of women and the death of their unborn babies,” said Paula Westwood, the executive director of Right to Life of Greater Cincinnati.

She vowed, “Prayer and witness will continue at this facility for as long as it takes to ensure that every life, born and unborn, is guaranteed the gift of life.”

Mike Gonidakis, president of Ohio Right to Life, said, “It's unfortunate that the Department of Health is allowing an abortion facility to remain open when no other health care provider in the Greater Cincinnati area chooses to do business with them. Granting a variance to circumvent state law is no way to ensure that women will be protected.”

The department denied a similar variance to late-term abortionist Martin Haskell's Lebanon Road Surgery Center, an abortion facility in the Cincinnati suburb of Sharonville, which closed earlier this year. Haskell's Dayton-area “Women's Med” facility, an abortion clinic with a troubled history, is also requesting a variance in lieu of a transfer agreement.

The Planned Parenthood lawsuit garnered national attention when it was assigned to U.S. District Judge Timothy S. Black, an Obama appointee who was once employed by Planned Parenthood and served as president of the local Planned Parenthood local chapter. At the same time, Judge Black served on the board of a group called “Pro-Kids Inc.” Last Saturday, Black recused himself, while maintaining his financial ties to the abortion giant did not pose a conflict of interest.

Lobbyists for the abortion industry objected that Hodges, who is not a physician, most recently headed the Ohio Turnpike and Infrastructure Commission. “Governor Kasich couldn’t find a qualified medical professional willing to continue his regulatory witch-hunt against abortion providers and family-planning clinics, so he appointed Rick Hodges, a political operative who does not meet the legal requirements for the position, to be his new hatchet man,” Kellie Copeland, executive director of NARAL Pro-Choice Ohio, said.

But they made clear their real concern was that Hodges would faithfully execute laws and ordinances that the abortion industry could not comply with.

The state and national chapters of NARAL sent out a press release warning that Hodges' confirmation “puts lives at risk” by potentially closing abortion facilities.

Ilyse Hogue, president of NARAL Pro-Choice America, said Hodges' selection signaled an ongoing campaign of impeding women's “right to safe and legal abortion care. The confirmation of Rick Hodges is a huge step backward and is an assault on the rights of Ohio women by politicians pushing their personal ideologies.”

Hodges insisted his personal views would not enter into his job performance. During his confirmation hearings, Hodges told legislators the health department post “is not a forum for me to work out personal values systems.”

Judge served on the board of Planned Parenthood and Pro-Kids Inc. at the same time