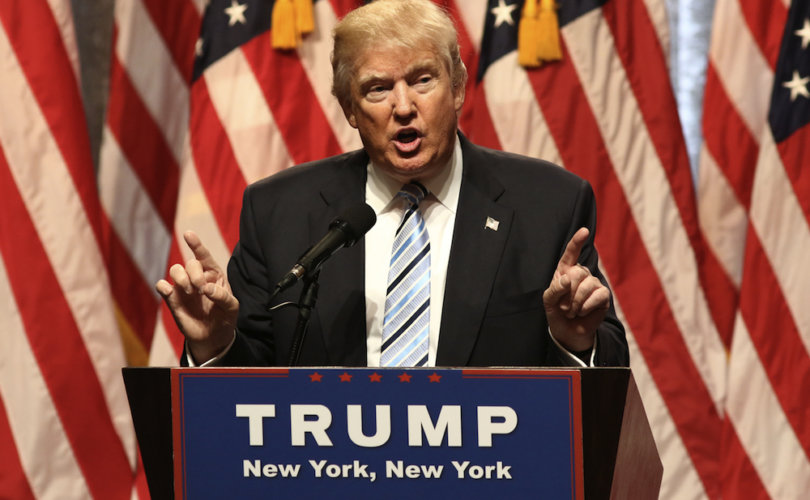 June 12, 2018 (C-Fam) – For decades, the global abortion lobby has worked hard to embed abortion advocacy within a wide array of projects and agendas, from maternal health to global peace and security to humanitarian relief. During that time, one policy has worked to mute the spread of abortion, Mexico City Policy.

On Tuesday, the Center for Health and Gender Equity (CHANGE) released a report detailing what they charge are the harms of the Mexico City Policy, enacted by Republican administrations since President Ronald Reagan. The policy blocks U.S. funding for foreign organizations that advocate for or provide abortions. Under President Donald Trump, the policy was expanded from family planning to all global health funding and rebranded as Protecting Life in Global Health Assistance (PLGHA).

CHANGE refers to the policy as the “global gag rule” and acknowledges that most of those interviewed for the report would never refer to it by its official name, “finding the mere mention of it objectionable.”

The report launch featured several African speakers, including a representative of a Mozambique-based International Planned Parenthood Federation (IPPF) affiliate that refused to comply with the new guidelines, costing them $2 million, or 60% of their budget.

Helene Chiquele, a gender program officer for Oxfam in Mozambique, spoke about how the country had relaxed its abortion restrictions in 2014, but the issue remains highly contentious among Mozambican people. According to Chiquele, the expanded Mexico City Policy has negatively impacted abortion advocacy. She says some in her country are asking, “Why are we considering losing [U.S. health assistance] money for the sake of abortion?”

All the speakers agreed that the loss of U.S. funding to abortion advocacy groups was having an impact on local politics, echoing previous admissions by the policy's detractors that it is, in fact, effective.

While the expansion of Mexico City Policy under Trump may have caught them off guard, abortion advocates were not surprised by the reinstatement of the policy, nor the speed with which it was done.

Nevertheless, as representatives of CHANGE pointed out, a key strategy under President Barack Obama was to integrate abortion into other global health programs. Since abortion has infiltrated these others areas, such as the provision of clean water and HIV/AIDS treatment and prevention, expanded Mexico City provides a powerful incentive to keep abortion out. What's more, it clearly identifies those whose commitment to abortion exceeds their dedication to other more pressing issues.

The report mentions in passing the European-led “She Decides” campaign, but acknowledges that it has not been able to replace the lost U.S. funding to abortion-promoting groups.

The IPPF and Marie Stopes International are the two largest groups among the four who have reportedly refused to comply with expanded Mexico City Policy and lost U.S. foreign aid funding. As IPPF has positioned itself as a leading global provider of LGBT-centric services, its affiliates are quick to point out that the loss of U.S. funding due to their abortion advocacy is harming marginalized communities, including people who identify as LGBT.

According to one of CHANGE's interviewees, “In many countries, it is the reproductive health community that is often one of the biggest allies of LGBT issues.”

The IPPF affiliate in Mozambique reportedly closed 20 clinics offering LGBT services, indicating the degree to which PLGHA is uniquely effective at impacting both abortion and the broader “sexual rights” agenda.