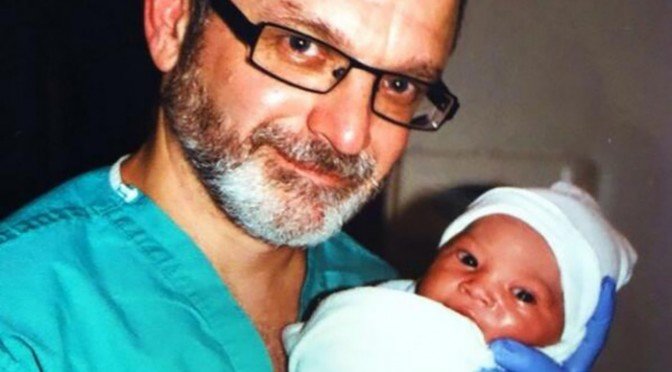 Thanks to the discovery by Dr. Matthew Harrison of a way to reverse the tragic effects of the abortion pill, hundreds of babies have been born alive and healthy, and 100 more are on the way.

December 6, 2019 (LifeSiteNews) — Abortion pill reversal is among the most recent innovations in saving preborn lives, and one of the technique’s pioneers says it all started with a phone call on behalf of a scared girl desperate to save her baby.

This week, Jonathon Van Maren interviewed Dr. Matthew Harrison, who along with Dr. George Delgado pioneered the technique. Harrison explained how he first came to theorize and attempt it.

Harrison was already pro-life while working as an OB/GYN in North Carolina, and he maintained a relationship with the area crisis pregnancy centers. In 2006, one of them called on behalf of 19-year-old Ashley, who had taken RU-486 under pressure from her boyfriend but changed her mind with the support of her parents. Harrison told them to send her to his office.

“What if we just put in more good keys? What if we just flood the system with progesterone and outcompete the RU-486?” he theorized. “So I went in and proposed this to her, and I said, ‘Listen, we have progesterone right here in the office. We can give you an injection. It’s gonna give you extra progesterone [that] will block that RU-486. And I think that this is the best and only way that we might be able to nullify the effects of the medicine you took.”

She took the injection and started bleeding the next day, which Harrison feared might be a sign they were losing the baby. Thankfully, an ultrasound found the baby’s heartbeat, which Ashley said “would have made it all worth it” if that had been “the only thing I got to see out of this.”

They continued progesterone injections throughout the first trimester, and eventually Ashley gave birth to a healthy baby girl, who is now 12 years old.

“Ashley’s story from the very beginning to me is one of the most powerful, because this is a brave young lady” who chose to “step up and to take this risk, never having done before and knowing that she was going to lose the support of her over boyfriend” and face challenges providing for her daughter, Harrison said. Today, Ashley is a respiratory therapist who saves babies’ lives in Charlotte, North Carolina.

Abortion pill reversal’s pioneers credit it with helping more than 400 women save their babies since 2007. Success rates indicate that reversing a chemical abortion is not certain, but it has the potential to save many babies without endangering their mothers. Pro-abortion organizations such as NARAL and the American Medical Association assail it as “junk science,” but pro-life medical experts explain that it’s based on well understood principles from progesterone’s common use in situations such as treating women with a history of miscarriage and preventing preterm labor.