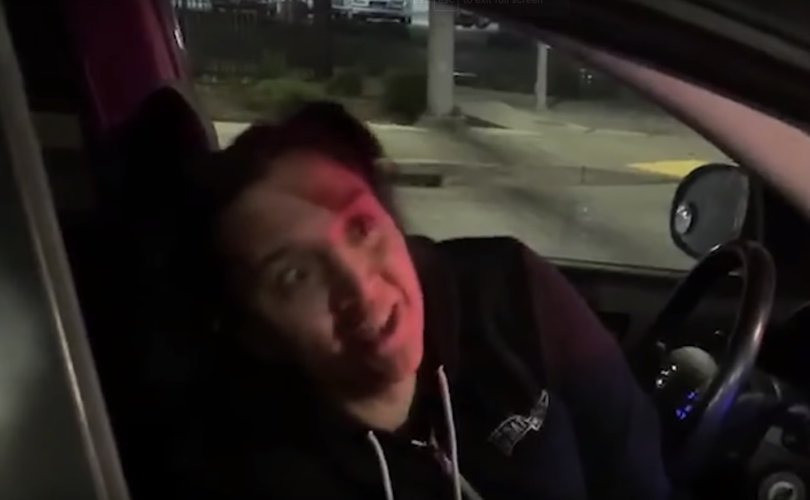 On Saturday, Students for Life of Whatcom Community College was praying outside of Planned Parenthood’s Bellingham center as part of 40 Days for Life, the Daily Caller reported. They were met with stiff resistance, including obscenities and general yelling, as well as several more notable acts.

One woman reportedly yelled “my body, my choice” as she flashed the group, while a man masturbated in their direction from a moving car. A disturbed-looking woman driving away was caught on video yelling “Hail Satan,” the “one true lord” as she drove away, and telling the students “we don’t need your prayers.”

Self-avowed Satanists have become a recurring staple of pro-abortion activism in recent years. Many of them identify with the Satanic Temple, an organization that says it doesn’t believe in the supernatural but embraces Satan as a symbolic figure, the “Eternal Rebel in opposition to arbitrary authority.”

Bellingham pro-lifers also had to call the police after a passerby on a bike threw at them a glass vial containing an unknown liquid, which was later determined to be harmless.

“This kind of intimidation causes some of our volunteers to feel uneasy to sign up to pray for mothers and preborn children during a 40 Days for Life event,” Lindsey declared. “We are only 11 days in, and we have already been bullied and threatened to the point where our volunteers are nervous to go alone. But we will not back down because this just demonstrates how evil the abortion industry is.”