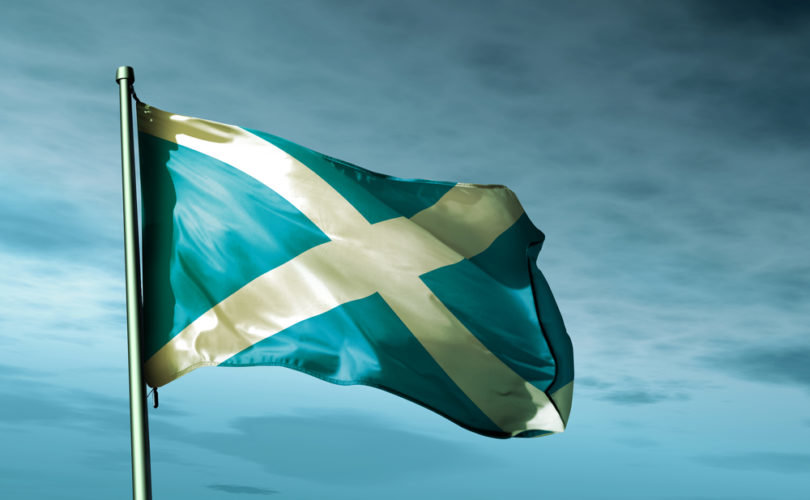 May 30, 2019 (Society for the Protection of Unborn Children) — The number of abortions carried out in Scotland has reached its highest point in a decade, official statistics reveal. The data released today by NHS Scotland exposed the troubling spike in abortion rates, and has confirmed that 13,286 unborn babies were aborted in 2018 — an 8.9% rise from the 2017 statistics.

The 2018 statistics reveal that:

Despite the soaring figures now reaching a ten-year high, the report commentary reveals, “It is not yet clear exactly which factors have led to the apparent increase in termination.”

What is evident in the report is that the Scottish Government's dangerous DIY abortion policy has accounted for just under a third of all Scottish abortions. The policy, introduced in 2018 and legally challenged twice by SPUC Scotland, allows women to self- administer the abortion drug, misoprostol, at home without any medical supervision or assistance.

The report also exposes the Scottish Government's failure to support women throughout the country's most deprived regions.

SPUC Scotland Communications and Campaigns Director Michael Robinson said: “Women deserve better than abortion and the right to life must be defended for every person. Abortion rates for women in the most deprived areas in Scotland remain nearly twice as high as those from the least deprived areas. Society promotes abortion as a quick and easy fix for women facing unwanted pregnancy, but many post-abortive women will tell you that they had no choice at all. These rising figures reflect that tragedy. These women deserve support and care to help them with their pregnancy, free from coercion.”

Mr Robinson continued: “This year's figures show a devastating increase in abortion numbers. The statistics reveal a catastrophic failure of the Scottish government's policy on abortion. We now have a ten-year high on abortion meaning 255 abortions every week. We know that every abortion has a devastating impact on so many people. It is inconceivable that so many abortions are not impacting on the already dreadful state of mental health in Scotland.

“The Scottish Government seem to be investing in creating more misery for the people of Scotland due to their failed policies and determination to increase the ease with which women can have abortions, even when that means carrying out abortions in their own homes.

“In 2018, nearly 30% of medical abortions involved self-administration of misoprostol or 'DIY' abortion. At SPUC we still maintain that 'DIY' abortion can be detrimental to the mental and physical well-being of women in our country. Women should not be facing the mental anguish that accompanies 'DIY' abortions, nor any abortion for that matter.”