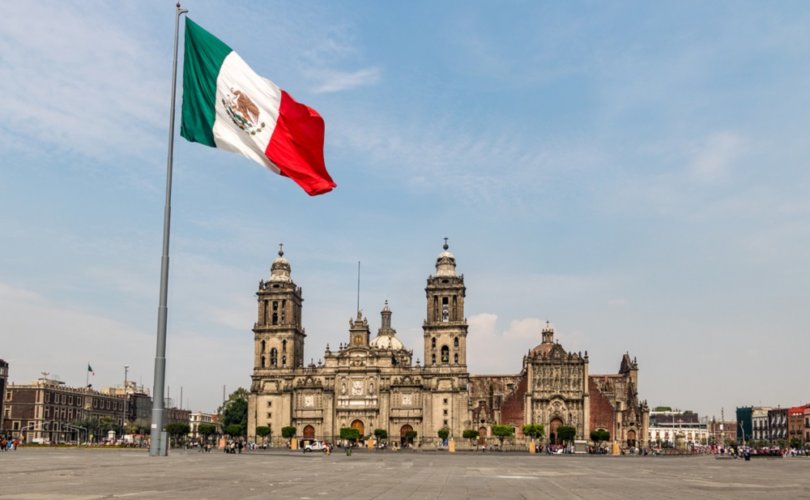 July 30, 2020 (LifeSiteNews) — Mexico’s Supreme Court shocked pro-abortion and feminist activists and handed to pro-life forces what many consider a decisive victory, ruling against a lower court injunction that sought to decriminalize abortion in the Mexican state of Veracruz.

Abortion activists had hoped to use the injunction as a template to expand abortion across the country. Currently, abortion is legal in only two of Mexico’s 32 states.

“This ruling could allow us to petition for injunctions or other measures in the rest of the states which have restrictive regulations on abortion,” Rebeca Ramos, a lawyer and director of GIRE, a pro-abortion organization in Mexico City, told The Guardian in advance of the court’s decision.

Those plans have been derailed, and pro-life advocates around the world are hailing the 4-1 high court decision as a major victory.

This could have been Mexico’s Roe v. Wade

“Big win for ProLife in Mexico,” declared Alfonso Aguilar, president of the Latino Partnership for Conservative Principles and former chief of the U.S. Office of Citizenship.

“Supreme Court of Justice strikes down law that sought to legalize abortion,” said Aguilar. “Mexicans believe in life like DonaldTrump, while Joe Biden wants abortion on demand! Latinos stand for life! That’s why we have more & more Latinos For Trump!”

Big win for #ProLife in #Mexico. Supreme Court of Justice strikes down law that sought to legalize #abortion. #Mexicans believe in life like @realDonaldTrump, while #JoeBiden wants abortion on demand! #Latinos stand for life! That’s why we have more & more #LatinosForTrump!

“This is not only a big win for Mexico,” Aguilar told LifeSiteNews. “This will have a huge impact on all of Latin America.”

“This could’ve been Mexico’s Roe v. Wade,” he explained, “and it didn’t materialize.”

Aguilar said U.S. politicians would be well advised to take note of the pro-life fervor of not only the citizens of Mexico, but of Mexican-Americans voters in the United States.

“Praise God!” exclaimed Obianuju Ekeocha, founder and president of Culture of Life Africa, an initiative dedicated to the promotion and defense of the African values of the sanctity of life, beauty of marriage, blessings of motherhood, and the dignity of family life.

“In Mexico, the awaited Supreme Court decision has been revealed and the Mexico Supreme Court has rejected the bid to decriminalise abortion,” she continued. “It is so encouraging to see developing countries defending the right to life of their unborn.”

In Mexico, the awaited Supreme Court decision has been revealed and the Mexico Supreme Court has rejected the bid to decriminalise abortion. It is so encouraging to see developing countries defending the right to life of their unborn. https://t.co/T6sQMxENOF

“This is just incredible news,” tweeted Jonathon Van Maren, author of the Bridgehead blog and host of the Van Maren Show podcast at LifeSiteNews. He echoed Uju’s sentiments about the strength of the pro-life movement south of the border. “The story of the success of the pro-life movement in South America Latin America is one of the great untold stories of the last decade.”

This is just incredible news. The story of the success of the pro-life movement in South America and Latin America is one of the great untold stories of the last decade.https://t.co/8AvFr3CvUV

“As I’ve noted often over the past several years, one of the little-known stories of the past decade is the astronomical growth of the pro-life movement in South America and Latin America, where millions have taken to the streets and defeated abortion legislation in Argentina, Chile, Guatemala, the Dominican Republic, and now, Mexico,” continued Van Maren at his blog. “To see these extraordinary demonstrations and to watch millions of people rise up in defence of pre-born children is incredibly encouraging, and this Supreme Court ruling — which wasn’t even close — will keep tens of thousands of pre-born children safe in the womb.”

“Some days, the good guys win. This was one of those days,” he added.

A lesson for the U.S. Supreme Court from Mexico

“The bravery and honesty of the Mexican Supreme Court contrast sharply with the actions of the U.S. Supreme Court in Roe v. Wade and cases since that have ignored the democratic process in favor of an unfettered ‘right’ to abortion,” proclaimed a tweet issued by Americans United for Life (AUL).

“The bravery and honesty of the Mexican Supreme Court contrast sharply with the actions of the U.S. Supreme Court in Roe v. Wade and cases since that have ignored the democratic process in favor of an unfettered “right” to abortion.” –@cateici https://t.co/iXociDSytO

“Americans United for Life congratulates the Supreme Court of Mexico for protecting the right to life by refusing to legalize the violent and life-ending act of abortion in the first 12 weeks of pregnancy,” said AUL president & CEO Catherine Glenn Foster in a statement.

“What separates this moment in time from similar moments in U.S. history is that the Justices in Mexico understood that their mandate was not to make new laws and overturn the will of the people, but instead to interpret the law as it was written and commonly understood,” continued Foster.

“The U.S. is still only 1 of 7 nations, of 198 across the globe, that legalizes abortion for any reason after fetal viability,” noted Foster. “We can learn so much from our brothers and sisters to the South. Today I celebrate with all of the mothers, fathers, and children in Mexico who will be spared from the horrors of abortion.”

Marcial Padilla, executive director of ConParticipación, a Mexican pro-life group, recounted to LifeSiteNews the history of the case which led to the Supreme Court’s decision.

“In 2017, legislation which sought to make aborton legal through the first 12 weeks of pregnancy was introduced in Veracruz,” explained Padilla, noting that abortion is a federal crime in Mexico. “When the bill failed to pass, a small group of anti-lifers ‘sued’ the Veracruz Congress using a legal procedure known as ‘amparo,’ which is akin to not accepting defeat and trying to force the governing body to vote the way they wanted.”

“In a surprise move, a federal judge ruled in favor of the anti-lifers, asserting that the Congress should have voted against the right to life for the unborn,” said Padilla.

“The total prohibition on interrupting a pregnancy –– through criminal classification –– is a barrier, which creates discrimination against women in relation to the right to health,” wrote Judge Juan Luis González Alcántara Carrancá in his brief.

The Veracruz Congress then appealed the decision to Mexico’s Supreme Court.

Padilla’s reaction to the Court’s ruling was more tempered than those of pro-life champions outside Mexico.

“So the protection of life won because of a technicality, not because the judges actually considered the inherent dignity of human life,” lamented Padilla.

“It is good news, of course, but instead of calling it a full win for the right to life, it would be more precise to say that ‘life did not lose thanks to the gross legal inconsistencies of the anti-lifer activists and judges,’” said Padilla.

“What comes next?” he asked. “Anti-life groups will try again through another legal strategy to make a Roe v. Wade case in the Mexican Supreme Court.”

“They already have several appeals pending. Yesterday’s case was only one of them,” warned Padilla, and so the pro-life movement must be strategic and think in the long term.  He continued:

We need to learn from the US: It took almost 50 years to have a conservative Supreme Court. We need to start now to assure that every single person in a position to define law or justice is clearly pro-life.