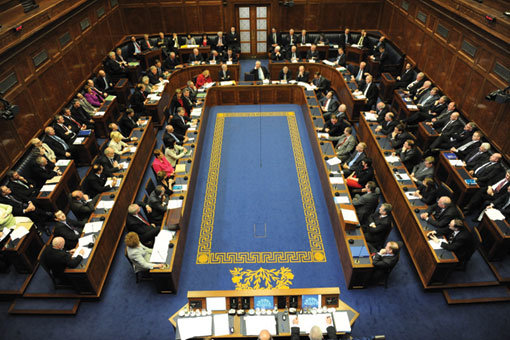 October 21, 2019 (LifeSiteNews) – The Stormont assembly failed to fully assemble Monday in a last effort to block two sweeping “reforms” imposed on Northern Ireland by the United Kingdom, meaning abortion will be decriminalized and same-sex “marriage” recognized in the province by midnight.

In July, the UK Parliament voted 328-65 to repeal Sections 58 and 59 of Northern Ireland’s 1861 Offences Against the Person Act, which forbid both women and doctors from committing abortions, as well as to recognize same-sex “marriage.” Complicating the issue was the fact that Northern Ireland’s assembly has been suspended for more than two years and has been unable to reach an agreement on reconvening. The UK Parliament had set a deadline for the province’s assembly to come together by October 21, otherwise it will begin legalizing abortion.

Northern Ireland peer Baroness O'Loan worked to circulate a petition to recall lawmakers to the assembly, and on Monday lawmakers attempted to assemble at Stormont in hopes of beating the deadline, the BBC reported. But first a speaker had to be elected, which could not be done thanks to a walkout by the Social Democratic and Labour Party (SDLP). The session ultimately lasted less than an hour.

“Today’s Assembly recall shines a spotlight on the barbaric and inhumane abortion law that will come into effect at midnight tonight as a direct result of Sinn Féin and the SDLP’s decision to abdicate their responsibilities and abandon expectant mothers and their unborn babies to the crass and callous abortion industry,” the Pro-Life Campaign’s Eilís Mulroy said. “The reckless disregard shown by both parties for the right to life will never be forgotten by pro-life supporters on the island of Ireland.”

The Belfast Telegraph added that Democratic Unionist Party (DUP) leader Arlene Foster lamented the outcome as a “shameful day” for Northern Ireland but vowed that they would “take every legal option available to us” to reverse the new status quo and “do everything in our conscience to protect the lives of the unborn.”

Faithwire’s Will Maule noted that Northern Ireland saw just 13 abortions from 2016 to 2017, whereas England and Wales saw an estimated 200,000, indicating that repeal of the province’s pro-life laws will drastically increase abortions in Northern Ireland.