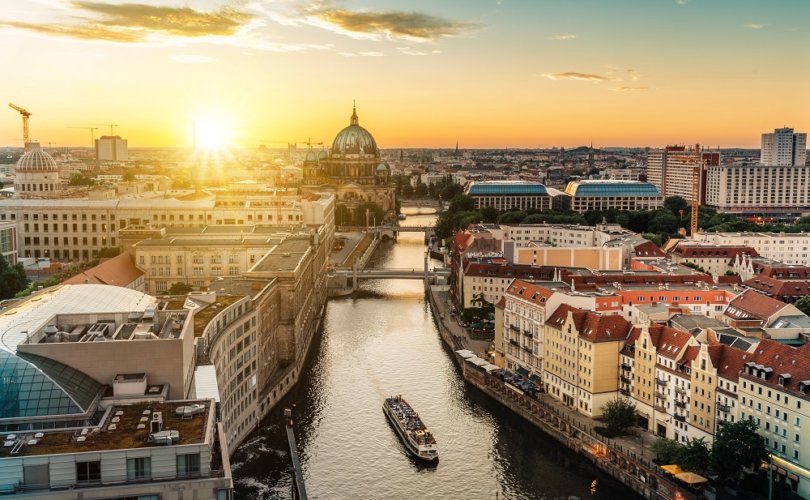 March 25, 2020 (LifeSiteNews) — Four German organizations promoting abortion are trying to use the coronavirus pandemic to advance their agenda, including using a drug to cause a medical abortion at home instead of at a doctor’s office and categorizing abortion as a necessary medical procedure.

They also demand to have the mandatory counseling session, which by law has to precede any abortion in Germany, done via video conference or on the phone. Should that not be possible, both the counseling and the waiting period of three days between counseling session and the actual abortion “must be suspended,” the pro-abortion groups stated on Sunday.

Lamenting that some counseling centers are closed, some abortion centers have scarce resources, and people are encouraged to stay at home, the supporters of abortion added, “Even late-term abortions abroad (Netherlands, Great Britain) are no longer possible due to travel restrictions during the pandemic.”

In their statement, the groups expressed their worry that there would be more unwanted pregnancies, also caused by situations of “domestic violence and sexual violence,” during the coronavirus pandemic. Another consequence, they said, might be the use of “unsafe methods of abortion.”

German pro-life groups have condemned the demands made by the abortion-supporters.

“We are rightly doing everything possible to protect endangered human lives at the moment,” wrote Bundesverband Lebensrecht (BVL), an umbrella organization uniting many other German pro-life entities. “The protection of life, one’s own sacrifice for the sake of the life of others is the highest priority.”

Nevertheless, promoters of abortion “are only concerned with pushing their ideology, which despises women, in through the back door in a risk situation.”

BVL emphasized that “now, in a special situation of crisis,” abortionists want to make do without real face-to-face counseling in order to give mothers access to the abortion pill.

“Apart from the fact that children are completely disregarded and women with their real problems are abandoned, their physical and mental health is put at risk,” BVL warned.

“Without careful examination, determination of the child’s age and questioning, women are supposed to hastily take abortion pills and wait until their child is dead for lack of care, only to have it removed from their bodies by means of prostaglandins.”

The German pro-life organization strongly criticized the abortionists’ reaction to situations of domestic and sexual violence. BVL called it “misogynistic” to say “domestic violence would increase in view of the initial restrictions and that abortions had to be made easier as a solution to the problem.”

“Afterwards, the women are sent back home, to the same violent situation, until they come for the next abortion. It is incomprehensible that nobody asks why these organizations do not really help the women, namely to improve their life situation.”

Cornelia Kaminski, head of pro-life Aktion Lebensrecht für Alle (AlfA), said it is unacceptable “that clinics and hospitals should continue to pay attention to prenatal infanticide in the current crisis.”

She explained that a normal pregnancy is never an “emergency,” even if it was unintended. “The demand that women should also be allowed to terminate their pregnancy alone in their own homes using the abortion pill shows that the health of these women is not a cause of concern [to abortionists].”

Kaminski also explained the risks women who take the abortion pill have to face: “a psychological burden” as well as “nausea and pain, heavy bleeding and, in the worst case — if the unborn child is not fully aborted — serious infections.” For that reason, gynecologists reject the self-administering of the abortion pill, she said.

Mechthild Löhr, head of Christdemokraten für das Leben (CDL), the pro-life group within the Christian Democratic Union, the largest and most influential political party in Germany, called the abortionists’ push for lowering restrictions on abortions “cynical.”

“Especially under the impression of the current corona epidemic, many people are experiencing in a very impressive way how much solidarity among families and generations strengthens and maintains life and social structures, especially in times of crisis,” Löhr said.

“Only cynics and those who despise the right to life of every human being can so shamelessly ‘use’ for their own interests this critical situation, in which the saving of life and solidarity within our society and our families is needed more urgently than ever before,” she added.

“It is unspeakable and unmasking how many physicians offering abortions and providers of counseling … run such a sad business model and abuse the current medical emergency situation to demand an even more radical ‘easing’ of abortion conditions.”

Beatrix von Storch, a pro-life politician and member of the Alternative for Germany, a young conservative political party, said removing restrictions on abortion would be “an ethical break in a dam.”

“The abortion lobby never misses an opportunity to undermine the protection of unborn life,” added von Storch, who regularly participates in the German March for Life in Berlin.