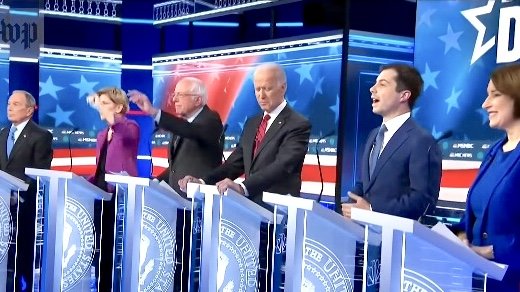 February 24, 2020 (LifeSiteNews) – On Tuesday, Democrat presidential candidates will square off in South Carolina in a much-anticipated debate. After nearly a dozen debates, mainstream media outlets that serve as moderators have not asked any tough questions about abortion. But one pro-life woman is partnering with LifePetitions.com to demand that the candidates address the radical position of the Democrat Party on late-term abortion and infanticide.

Melissa Ohden, who survived a late-term saline solution abortion, recorded a video in which she encourages everyone who cares about the plight of the preborn to sign a petition demanding that the candidates address the party's support of late-term abortion and infanticide.

Ohden explains in the video that “whether you’re an abortion survivor like me or the hundreds that I’ve connected with through my ministry work, or whether you’re a citizen from somewhere around the world, I think all of us have questions when it comes to the current Democratic candidates for the presidential nomination … Are these candidates as radical as the party platform is when it comes to abortion?”

Last week's debate in Nevada featured the most aggressive exchanges among candidates to date, and this week's debate is expected to be another high-octane political free-for-all.

U.S. Senator Bernie Sanders, an unapologetic socialist, is the clear frontrunner and likely to be the target of the rest of the field, and yet since all the candidates seem to have similarly extreme positions on abortion they are unlikely to bring up any tough questions on the subject since they all share the same view. That is why Ohden is demanding that the media ask the candidates about abortion.

Sanders and U.S. Senators Elizabeth Warren and Amy Klobuchar voted against the Born-Alive Abortion Survivors Protection Act in 2019, and the rest of the candidates, with the exception of U.S. Rep. Tusli Gabbard (who has not been invited to the last debates), have voiced complete agreement with the party platform of taxpayer-funded abortion on demand.

Joe Biden, the long presumptive front-runner who has underperformed, is facing a must-win situation this week. Biden, the Democrat establishment's presumptive choice, recently released a campaign ad where he touted his “Catholic faith” and even included a picture with Pope Francis. Nonetheless, Biden recently publicly stated that if elected he would instruct the Justice Department to block all restrictions on abortion, thus positioning himself with the radical wing of the Democrat Party.

While the mainstream media is full of reports on the plight of the “invisible” transgender people, there is an actual group of people that the same progressive Left simply cannot admit exists, and that is abortion survivors.

Ohden was recently one of the abortion survivors featured on a 30 second-commercial for Faces of Choice, an organization that was banned by Fox Sports from advertising during the Super Bowl.

Approximately 11,500 children are killed every year in the United States in the third trimester of pregnancy. In all of these late-term abortion cases, the babies are so large that they have to be delivered like any premature baby. Abortion survivors are those babies who managed to live through the attempt to dismember them, burn them with a saline solution, or poison or kill them with some other drug or device.

Abortion advocates such as Dr. Kristyn Brandi, a board member of Physicians for Reproductive Health, assert that abortion survivors are basically a hoax. She told the leftist Vox in an email last year that the “situation is so uncommon as to be essentially nonexistent.”  And yet it is known from the testimony of people like Jill Stanek, and even from Virginia Gov. Ralph Northam (a physician/politician), that when a baby is born after a failed abortion, the medical staff will often leave the baby to die of exposure and lack of care.

To date, 5,500 people have joined Ohden in signing the petition demanding that the debate moderators ask the tough questions about abortion, a position that includes support for infanticide.

These questions are especially timely in view of the unanimous opposition to the Born-Alive Survivors Protection Act of 2019, the upcoming vote in the U.S. Senate on the 2020 version of the same bill, and the fact that three of the candidates (including the frontrunner) are current members of the U.S. Senate.

Polls in South Carolina show that a majority of the state’s citizens think abortion should be illegal in all or most circumstances.