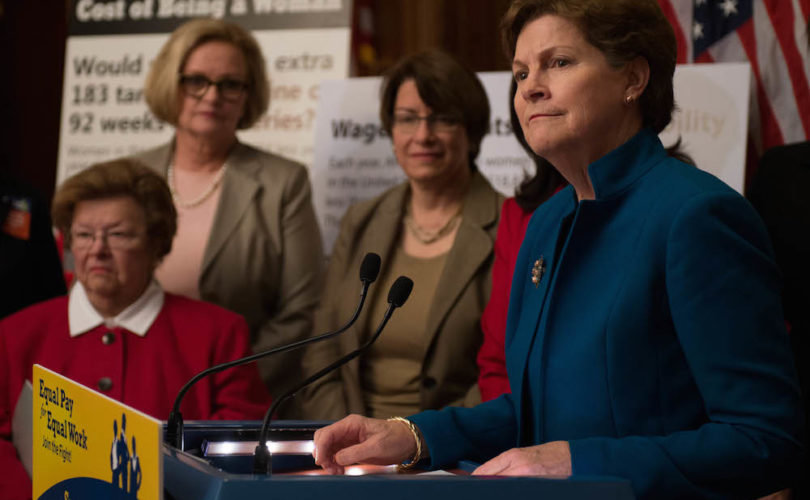 WASHINGTON, D.C., July 8, 2016 (C-Fam) — Abortion politics derailed Congressional agreement on U.S. foreign aid funding, despite the urgent need to focus on crises like the Zika virus and the worst refugee crisis since the Second World War.

Senator Jeanne Shaheen (D-NH) inserted a hostile amendment into the State and Foreign Operations appropriations bill last week with misleading statements and bad data that she hopes will secure millions more dollars for international abortion groups, permanently repeal the “Mexico City Policy,” which forbids taxpayer funding for other countries’ abortions, and cut a pilot program on Healthy Birth Spacing that was proposed by the subcommittee chairman, Senator Lindsay Graham (R-SC).

Opposing the abortion amendment, Graham noted that the bill already budgeted $461 million for family planning and that it was equal to the House bill and to pre-Obama funding levels. Adding to his frustration was the fact that just minutes before he had withdrawn his funding request to assist millions of displaced Middle East refugees’ return home, citing budget restraints.

Shaheen’s amendment passed the full committee 17-13 due to support from three Republicans, Senators Collins (R-ME), Kirk (R-IL), and Murkowski (R-AK), all with a history of legislative support for abortion group funding. The permanent repeal of the Mexico City policy guaranteeing an uninterrupted flow of funding to overseas abortion groups has been a main priority of the abortion lobby.

The amendment obligates an additional $161 million for family planning, including $37.5 million to United Nations Population Fund (UNFPA) despite the agency’s past role in China’s coercive one-child policy.

Shaheen made inaccurate statements saying the repeal of the Mexico City Policy would allow foreign organizations to use their own funds as they choose and that abortions doubled in Africa when the policy was in place.

However, the U.S. does not place restrictions on foreign organizations on how to use their own funding. It is only when these organizations are recipients of U.S. government grants that they have to conform to U.S. standards.  The study cited by Shaheen indicating a rise in abortions had been debunked for its questionable methodology of data collection.

Shaheen cited the inflated statistic that 225 million women in developing countries lack access to family planning. The figure has been rejected even by the pro-abortion Gutttmacher Institute – the former research arm for Planned Parenthood – which has admitted that the actual figure is just 5 percent of that total.

Shaheen also used the Zika virus tragedy in Latin America to justify increased family planning funding, saying access to family planning and counseling services for women in these regions was “critical.” Yet, Zika-affected countries rank among the highest in the world for contraceptive prevalence.

The House meets on the bill next week. If the bill passes both chambers, increased family planning and UNFPA funding may stand, but it is highly unlikely House leadership will accept the permanent repeal of the Mexico City policy.