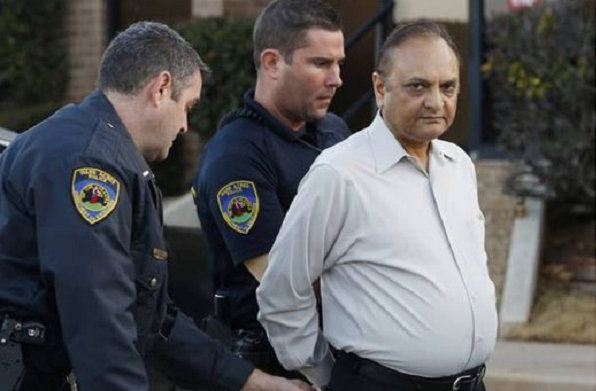 An embattled Oklahoma abortionist facing felony charges for medical fraud after selling abortion drugs to non-pregnant women has been stripped of his medical license by the state Medical Licensure Board – a decision the state attorney general’s office said was welcome, if overdue.

Nareshkumar “Naresh” Patel was arrested December 9 on felony charges of medical fraud for lying to women who visited his abortion clinic seeking confirmation and abortion of suspected pregnancies.

The state of Oklahoma launched an undercover investigation into Patel’s alleged fraud after pro-life group Operation Rescue tipped them off that an autopsy performed on one of Patel’s former clients who died of cervical cancer showed that she had not been pregnant at the time of her abortion.

In response to Operation Rescue’s complaint, state investigators sent a woman who was not pregnant to Patel’s facility to ask for an ultrasound to confirm her fake “pregnancy.”  Patel told the woman she was pregnant, and sold her abortion pills to end the pregnancy.

“This type of fraudulent activity and blatant disregard for the health and well-being of Oklahoma women will not be tolerated,” Attorney General Scott Pruitt said at the time. “Oklahoma women should be able to trust that the advice they receive from their physicians is truthful, accurate, and does not jeopardize their health.”

The day after Patel’s arrest, he posted $2,000 bond and was released from jail pending trial.  However, to the surprise and dismay of state officials and Operation Rescue, the medical board made no move to prevent Patel from continuing to operate his abortion business.

“After Patel was arrested on felony charges, the medical board in Oklahoma indicated that they were not going to take any kind of emergency action to suspend his license, so that meant he was still allowed to continue practicing medicine even though he was facing ten years in jail if convicted,” Operation Rescue spokeswoman Cheryl Sullenger told LifeSiteNews. “The attorney general … was disturbed by that, and actually requested that the medical board take action.”

“They have ample reason to review whether [Patel] should be practicing medicine in the state of Oklahoma,” Attorney General Scott Pruitt said of the board in a statement.  “From my perspective, he shouldn’t be. There’s a process to address this and the board should implement that process.”

Archbishop Paul S. Coakley of the Catholic Archdiocese of Oklahoma City also urged the medical board to act, calling Patel a “continued threat to public safety.”

According to the state medical board’s website, the board finally revoked Patel’s license on December 29.

“We think this is a good thing, because it protects women from continued exploitation by this predator who actually preyed on vulnerable women for personal financial gain by selling them abortion pills when they weren’t even pregnant,” said Operation Rescue’s Sullenger.

A spokesman for Pruitt’s office called the move “an appropriate step that will help ensure the health and safety of patients as the board conducts a review.”