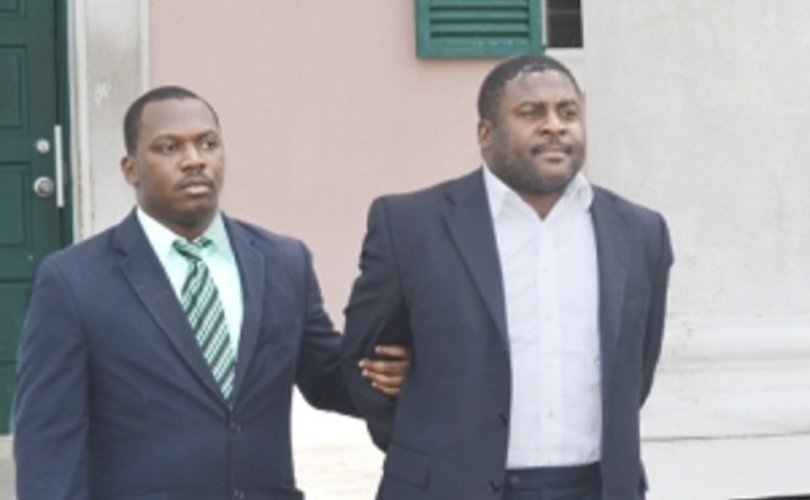 Gerald Mark Forbes (right) was accused of raping a female employee during an abortion.

FREEPORT, Bahamas, July 20, 2016 (LifeSiteNews) — An abortionist in the Bahamas has been accused of raping an employee.

Dr. Gerald Mark Forbes, 47, was charged with rape and indecent assault after an alleged incident with a 20-year-old woman during a physical examination in February 2015.

Forbes’ accuser said he not only “rubbed” her genitals but raped her during a later abortion. He pleaded not guilty to the charges. His trial is scheduled before the Grand Bahama Court.

The woman worked for Forbes at his Carico Medical Clinic in Freeport. The physical exam was required by Forbes for employment.

After the abortion and alleged rape, the woman did not return to work for the doctor.

In 2007, Forbes was charged with soliciting an 18-year-old girl, according to The Freeport News.  Forbes was also accused in 2010 of raping a woman colleague.

“Sexual abuse within the U.S. abortion industry is more common than people might think,” Operation Rescue's Cheryl Sullinger told LifeSiteNews.  “It is their dirty little secret they don't want the public to know.”

Sullinger explained that Operation Rescue has investigated numerous charges of sexual assault. “We have documentation of several abortionists who have taken advantage of patients while they were under sedation or anesthesia prior to their abortions or during exams.”

“One abortionist, Brian Finkle, was convicted a few years ago of raping and molesting of over one hundred patients at his abortuary in Phoenix and is serving a sentence of 35 years in prison,” she said.

In 2014, Oklahoma abortionist Nareshkumar Gandalal “Naresh” Patel was accused of raping his patients. Patel was eventually arrested for violating health standards by dumping 60 aborted babies in a field, and he lost his medical license for telling women who were not pregnant that they were pregnant so he could charge them for abortions.